Winona Ryder Has Some ‘splaining to do… 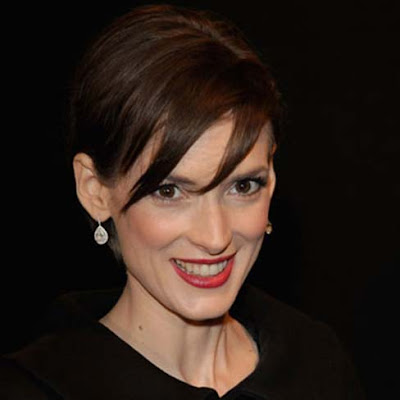 Madrid, Spain--Spanish cops are investigating the theft of $125,000.00 worth of jewelry loaned to the drug addicted, convicted thief and actress, Winona Ryder.

Ryder made headlines as she was taken away by an ambulance after a mysterious illness she contracted on the airplane earlier this month. Why does narcotic overdose come to my suspicious mind?

Ryder was loaned a Bulgari bracelet and ring, which she wore to a Marie Claire event. Reportedly there are inconsistencies with Ryder’s explanation of just how the cool jewels went hot.

Why do I think a drug screen test may help get to the bottom of this caper? Ryder’s past indiscretions got her yanked her off that A List and brought a lot of pain to people close to her.

For those who'd rather forget, Ryder got a run through the criminal justice wringer after she was popped for the possession of thousands of dollars worth of purloined clothing as she left Saks Fifth Avenue in Beverly Hills in 2001.

I’m pissed off because I recognized Ryder’s beauty and talent and thought there was no limit in her future. I was hoping to see a comeback for Ryder from Abyss like Robert Downey, Jr. made. Of course Downey is always just one slip up away from Hell like all addicts.

I hope my suspicions are wrong and Ryder has not taken yet another wrong desperate turn.
Posted by Paul Huebl Crimefile News at 11/28/2008 07:29:00 PM