Was It Really A Suspect Interrogation? 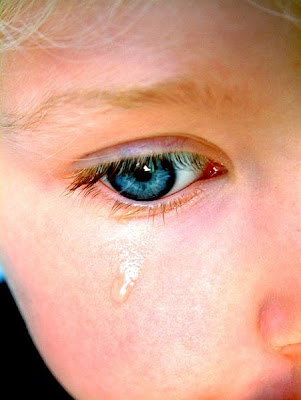 Did they follow their police training and have concern for the child’s rights? It does seem to show that they took no steps to see that the boy’s rights were protected. Maybe I along with a pile of experts am dead wrong!

It is unheard of to see an eight year old prosecuted as an adult or juvenile for murder. If an investigation reveals that a small child does in fact kill someone that case is cleared. In law enforcement and crime reporting circles it’s “Cleared Exceptionally.” That means, there is nobody to prosecute such as when a suspect is killed before he can be arrested.

The most likely scenario was that the two investigators began the interview with the young witness they soon knew he became their potential suspect but went on with the interview with no concerns about self-incrimination. They continued because of the reality that nobody would file a murder case on him in a million years. What was happening was a simple inquiry to learn what actually happened. I cannot condemn the investigators under those circumstances.

Soon, between the St. Johns Police Chief and the Apache County Attorney’s office a juvenile case was filed for murder anyway. One thing for sure is that so called confession will never see a courtroom. In addition if the case ever went to a juvenile courtroom there would never be a jury so releasing the video has no effect on pre-trial publicity. This case will never survive without evidence and that is already gone
Posted by Paul Huebl Crimefile News at 11/20/2008 10:30:00 AM

A five year old believes a body is a bag of skin containing blood. A six to seven year old has no concept of death. They are just starting to understand this means the person is not coming back home. They think the person is sleeping.

All of us know that five year olds have no concept of time - "is it time yet!" An eight year old thinks a body is a bag of skin with bones randomly placed in it.

Children this age are good mimics and repeat what they hear adults say and what is said on TV but they don't know what they are saying. They mimic TV and the line between fantasy (what they see on TV) and reality is blurry for them. That's why they believe so much in boogey men under the bed and in closets.

My son was five and I was called by a baby sitter in panic when she told me that he "knew everything about sex" so some one must be abusing him or telling him everything. The sitter often watched soap operas during the day and they show couples in bed in their bedrooms under the blankets with lights out. The word "sex" is used but not explained. I later found out the sitter would tell the kids to go away from the TV and play in a stern voice whenever bedroom scenes came on. The subconscious message was bedroom scenes were "bad."

At dinner I had a casual playful conversation with my son and worked in the word "sex" by saying - "someone told me the word sex today - it sounds bad". My son said that the sitter didn't want him to say the word because it was "bad". I asked him what it meant. He said: "Its when you shut off the lights and tickle each other under the covers." Then he had a big giggle and ate his pie.

To get even with the sitter for scolding him about being naughty my son used what he knew would press her button. Even a two year old learns to manipulate before he understands what he is doing! He told her "I know what you do with uncle Joe under the covers." Uncle Joe and Aunt Carol let my son sleep over to play with their dog, when I am out of town or there is a special event like a baseball game my brother and son like to watch together (my son lost his father). Aunt Carol, the sitter, thought this meant adult sex and had a cow. My son only knew that Auntie thought the activities under the cover were "bad". He didn't know what those activities were - so he imagined them - tickles.


I think this is a case, similar to the Ryan Harris murder in Chicago where two little boys were charged after false confessions and an atrocious interview and later exonerated when the DNA matched an adult.

I am a pediatrician and the interview was atrocious. If you want to put words in a child's mouth and manipulate them into confessing to something they didn't do, all the techniques are illustrated on this video - be nice start out with facts and then move to theoreticals and abstract concepts which you lead on - imply what you want - voila! - you get a confession! Children LOVE to please.

The biggest mistake is that children DO NOT understand the abstract at this age (death, murder, life, love). Abstract is beyond their grasp. Consequences are beyond their grasp unless they are short term. The child was learning hunting from his fasther. Perhaps his father talk him to be humane and put a wounded animal out of its misery. The child could have been equating blood with being wounded and talking about putting the men out of their misery by shooting them, even if the child did not shoot them.

Words at this age may not connect with actions. They may be used as if in reality but in actuality the child is discribing fantasy. They don't communicate precisely. Actions don't connect with results very well. They are just learning these concepts.

Children are NOT little adults! Shame on everyone who thinks that this interview has ANY inculpatory evidence whatsoever. The child should not be in juvenile jail. He should be home with his mommy.

I was totally appalled to see this interview being made public. It's totally inappropriate! Just what is the age of criminal responsibility there?

Reminds me of my son be brain washed at age 8, to testify against me on a PC 422 used to terminate my award of joint custody. The system has no shame.

Apache County, AZ Sheriff Commander Matrese Avila is no stranger to bogus charges as I believe the accusation that the 8 year old boy is innocent. That county has a history of bogus convictions; go to; www.joelbarrsstory.com, where Avila interviewed the witness for the prosecution; the entire transcript is posted there along with other documents that point to the county being one of the most corrupt ever! The details are in the story, "Chomo".