Cameras In The Courtroom-Good Or Evil? 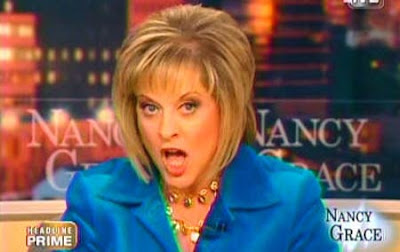 Chicago, IL—This is the first of three regional areas where I had exposure to criminal trials. I have worked in state and federal courts in Illinois, Arizona and California for 40 years. At lot of that time was while working for TV news organization clients. Illinois prohibits cameras. Arizona and California allow for fairly liberal camera coverage. All federal courts are closed to cameras.

Yes, I was a cop, but when I moved on to a second career and opened my private investigation practice I was soon recruited to do freelance investigative TV news producing. Cameras are forbidden in all of Illinois local courts. I wondered why for a long time but now I understand the reality.

It’s not the cameras that create the problems since they are objective and have a perfect memory. All things considered equal what could be fairer than a live video camera? Just what’s the problem then I asked myself?

When cameras are allowed in the courtrooms they come with news reporters. The nature of the news business is to report the most salacious and shocking news of the day. Criminal trials are loaded with witnesses giving testimony and it’s the most outrageous and damning witnesses that provide the best TV. Witnesses with less than explosive testimony are usually ignored.

Witnesses broadcast on TV take on an air of authority and truthfulness just because their testimony was worthy making the air. It’s no different than how politicians like Hitler and Roosevelt used radio to sell the masses on really bad public policy. If people heard it on the radio they always believed it.

I have learned over the decades how nearly every trial has people testifying everyway but truthfully. The more outrageous the witness the more newsworthy he or she becomes. The reporters gathering and broadcasting those sound bites wind up affecting public opinion and that pollutes and influences the jury. If the jury is not watching the news, and they do, their family and friends put their own feelings into the mix.

The sensational sound bites of the trials are replayed and reinforce the position of whoever put the witness on the stand. Nearly always it the prosecution witnesses that are the ones deemed newsworthy.

Next are the failed lawyers who have become news commentators like Nancy Grace. The trial commentators fire up their loyal audience members like lynch mobs. Has anyone ever seen Grace suggest a person of interest or a suspect may be innocent? The venom and hate she and others like her direct at criminal defendants, interfere with fundamental fairness trials are supposed to provide.

Of course news media outlets want more than access to the courts. They want and need pictures and video. As a result a huge number of newsworthy trials get no coverage other than simple reports that trials have begun or ended with any verdicts. Is that really so bad? Remember the public is always invited to sit in the courtrooms during trials. Today my take on this is that when cameras are forbidden in the courts justice wins.
Posted by Paul Huebl Crimefile News at 11/23/2008 03:33:00 PM

Most people walking in and out of Jewel and going about their business don't care about cameras in court. The only people who care are, as you say, news organizations with hundreds of hours of airtime to fill. They don't care about justice, it's all about drawing in the viewers and ad revenue. That's not what a justice system should be about. So I completely agree with you.

They should have cameras in any courtroom because there are things missed by people themseleves.