A Child Needs Your Help! 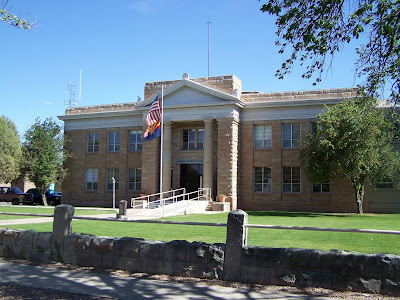 An unnamed 8 year-old boy who happens to be the son of Romero was named as the killer and is now a respondent in a juvenile court delinquency petition after an extraordinary and unlawful police interrogation.

The moment that a police investigation focuses on a suspect police must begin the process of informing the suspect of his or her rights against self-incrimination. Juveniles are given even more protection than adults.

Between a couple of incredibly inept and incompetent police investigators a videotaped confession was extracted from the child after he initially denied the killings. The fact of life with tender-aged children is they will tell adults anything they want to hear under minimal pressure. The so called confession and any recordings of it will never be admitted as evidence in any legal proceeding against the boy. Police will now have to look for witnesses or evidence that will prove their case some other way. That just won’t happen here.

It was another famous Arizona case, that of Gerald Gault that brought attention on this state’s deficiencies at the U.S. Supreme Court in 1966. A tireless public lawyer, the late and great Amelia Lewis won Constitutional rights for juveniles. I can’t imagine this kind of shoddy police work happening in America more than four decades after, In Re Gault.

I don’t know what happened or who shot the dead men. That’s not really important anyway. What’s important is this child needs to put the horrible event far behind and have a normal opportunity at a life.

Soon the scenario will quickly change to that of case of a, dependent child. The child will be a ward of the State of Arizona. He will be put into foster care and that system rarely helps children older than infants. This kid may wind up with other troubled kids and they will single him out as important because he will be an infamous killer.

I understand that the boy’s own mother is drug dependent and incapable of providing for her son’s needs. She lost custody to the boy’s father as a result. This woman may be well beyond rehabilitation.

What this child needs is a solid family that will adopt him as one of their own. This is a life and death emergency. Somehow I envision some hard working cop stepping up to the plate. Potential adoptive parents need not live in Arizona.

If you know of anyone with the courage and ability to take on this grave responsibility please contact the judge handling this case.