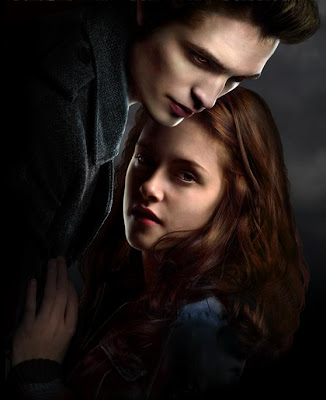 Westwood, Los Angeles, CA--Over 17 million books are in print chronicling a teen love story between a girl and her vampire object of affection. It’s called Twilight, I can only call this another Harry Potter kind of a blockbuster but with romance that stole millions of teen girl’s hearts.

Author, Stephenie Meyer is well on her way to be the next J.K. Rowling by penning things straight from her vivid imagination. I see this franchise as a giant entertainment cash cow as we face difficult economic times.

I’m pleased to be able to give my blog visitors the first hand reactions of some delightful girls. Many have flown in from far away just for a chance to get a fleeting glimpse of the young star, Robert Pattinson who has absolutely mesmerized his fans.

Tonight’s Premier of Twilight is for the cast, crew and Hollywood elite with passes. The girls who have slept in the streets of Westwood for as long as two nights will not even get a chance to see the film until it opens for the general public on Nov. 21.

I hope you enjoy visiting with the die-hard fans like I did.

Email ThisBlogThis!Share to TwitterShare to FacebookShare to Pinterest
Labels: Twilight