Spector’s Lawyers Moves For A Mistrial Over Prosecutorial Misconduct 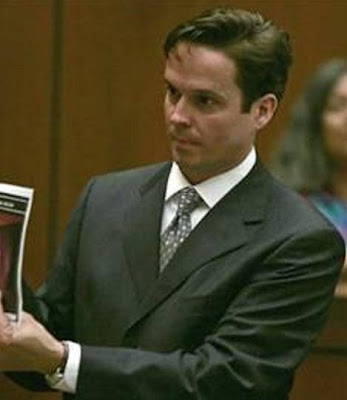 Spector is on trial for murder in connection with the death of troubled and drug addicted, 40 year-old Lana Clarkson. The evidence seems to point a self-inflicted gunshot wound and that’s the defense.

Judge Larry Paul Fiddler has allowed Jackson to bring in any woman Spector ever employed or bedded in his 68 years to complain about what they now claim happened decades ago.

For the most part these women have been thieves, whores or gold diggers. They all seem to have become angry when Spector would not marry them or make them wealthy. None of them were ever injured or killed. Judge Fidler had the discretion not to allow any of them to testify but he did anyway.

One of the bimbos was Diane Ogden who since died in a drug overdose in Utah. Judge Fidler has allowed Ogden to testify from the grave via video tape. The jury however will not get to hear about her drug use and exactly what led to Ogden’s death.

Jackson has a huge problem, no reliable evidence so he is desparate to destroy Spector’s character in order to make the jury hate the hapless defendant. A jury that hates a defendant will convict in the absence of evidence and Jackson only knows that too well. Jackson overstepped the rules and as always you can expect Judge Fiddler who wants Spector convicted at any cost to let it slide.

Here is the Mistrial Motion:
Spector Mistrial
Get your own at Scribd or explore others:
Posted by Paul Huebl Crimefile News at 11/05/2008 06:38:00 PM