We Can No Longer Afford The Luxury Of A Drug War 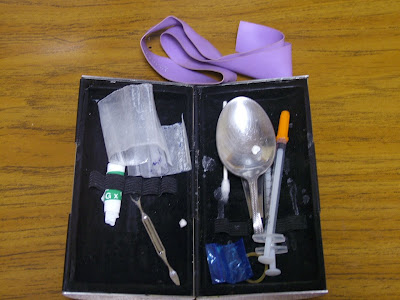 Our economy is in the toilet and our way of life is in substantial danger. Our country just took and wrong turn in a Marxist direction As we speak our stock market is dropping to zilch and taking all of America’s college funds, and retirement plans into the Phantom Zone.

None of us really have a clue about our own futures and that of our children. As our income begins to rapidly shrink more people will resort to crime for survival. As I write this New York City is in preparations to lay off 1000 cops in a metropolis where law-abiding citizens are denied the right to protect themselves with firearms.

The illegal drug trade is recession proof because addiction and the crime that feeds it will continue. Addicts will become more desperate and violent to quench their thirst for the hundreds of tons of drugs entering our country every month. The drug lords and government drug czars are the primary recipients of this blood money.

It’s time to legalize the possession, sake and manufacture of every common street drug. The immediate effects will be to put the worst criminals on earth into a depression of their own. The legalized drug sale profits would be on par with those selling tacos.

We could and should release every prisoner or person on probation or parole for mere possession, sale or manufacturing of drugs. The benefit of that is so we can keep the violent offenders and property criminals behind bars where they belong.

The immediate savings would be $200 billion per year. Perhaps it’s time to provide drug treatment only to those who want it since those who don’t are beyond help anyway.

I’m in possession of a really nasty video of a nearly a dozen beheaded Drug War soldiers in Mexico. It’s a really gruesome sight that I will spare my readers for now. I’m wondering when this will spread North? The drug lords are getting more vicious and greedy everyday and the only option we have the ability to hurt them economically through legalization.

The Drug War is the biggest failure and quagmire we’ve ever gotten ourselves into and it is also the easiest one to get out of.
Posted by Paul Huebl Crimefile News at 11/07/2008 07:44:00 AM

How about we go all the way and give the addicts their drugs for free. That would remove the tremendous transfer of money from this country to the cartels.