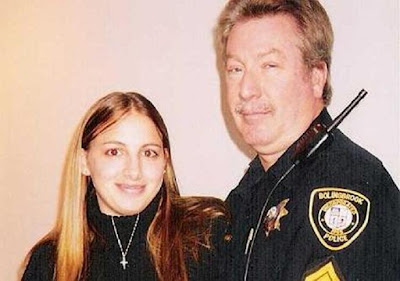 Los Angeles, CA—I can’t imagine a logical reason for a person under criminal investigation who is a so called “Person of Interest” in connection with a potential criminal case talking to anyone from the media. Most criminal lawyers would be absolutely horrified at the idea of their client submitting to total grilling by a book author and Dr. Phil. Both of those things have recently happened.

Dr. Phil exists because of sensationalism and an audience with an insatiable and salacious apatite. Dr. Phil plays to these people giving them what they want. Today Dr. Phil served up Drew Peterson unplugged.

Retired Bolingbrook police sergeant Drew Peterson is unflappable and solidly direct in his assertion of innocence. This is despite the year-long hate campaign fueled by busybodies, goofy neighbors and aggressive news reporters. Drew Peterson has never wavered or cracked.

Along with the highly visible circus is a non-stop investigation being conducted by the Illinois State Police and The Will County State’s Attorney. They obviously lack a case for murder, at least against Drew Peterson.

Most people can’t tolerate any unsolved mystery. The criminal justice system is not supposed to be manipulated by gut feelings or beliefs of people. It’s really time to leave Peterson alone unless or until real evidence surfaces. There is no statute of limitations for murder. Indicting and trying someone on a really thin case will end any future prosecutions after an acquittal no matter how compelling newly discovered evidence may be.

Peterson needs to move on with his life and raise his children. It’s time to get out of Peterson’s way and help give those kids a normal life they need and deserve.
Posted by Paul Huebl Crimefile News at 11/17/2008 08:46:00 PM