Obama has Just Announced his Deadly War On Gun Owners 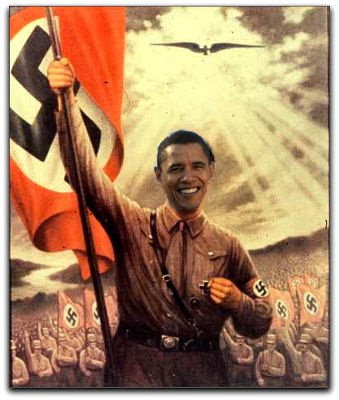 That Bolshevik Bastard America has elected has already announced his plans to gut the Second Amendment. This is from the Obama Transaction Team setting the agenda for a War on Gun Owners that they consider “commonsense”:

“Address Gun Violence in Cities: As president, Barack Obama would repeal the Tiahrt Amendment, which restricts the ability of local law enforcement to access important gun trace information, and give police officers across the nation the tools they need to solve gun crimes and fight the illegal arms trade. Obama and Biden also favor commonsense measures that respect the Second Amendment rights of gun owners, while keeping guns away from children and from criminals who shouldn't have them. They support closing the gun show loophole and making guns in this country childproof. They also support making the expired federal Assault Weapons Ban permanent, as such weapons belong on foreign battlefields and not on our streets.”

This is the same old mild sounding rhetoric the radical gun banners have been using for decades. As usual they’re claiming their only going after criminals when they’re really trying to make criminals out of gun owners.

Get ready for a new round of very bloody raids like the one on Randy Weaver or the Branch Davidians. The jackbooted, bucket helmeted thugs will be knocking on doors again more than ever. How many American men, women and children will they kill during resistance to un-Constitutional gun bans and civil rights violations?

Will this be the first American President to be tried and hanged for treason?