It's time to end the fraudulent and dangerous $39.95 background investigation scam by data brokers. 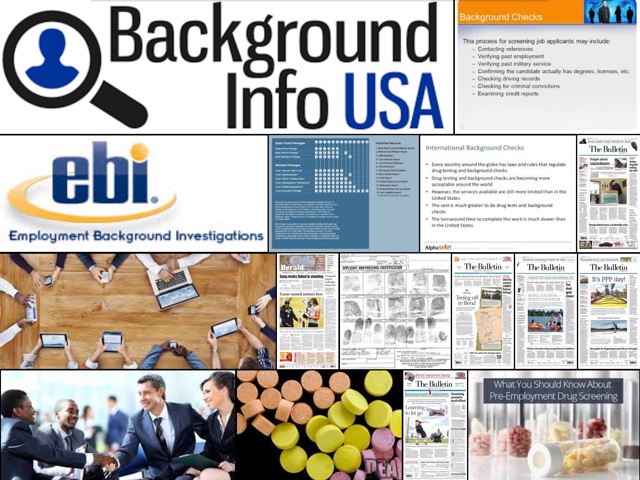 Los Angeles, CA--We can begin with the popular ride sharing outfit, Uber that relied on the data brokers assurances they were somehow getting comprehensive nationwide criminal histories of their driver applicants.
What Uber got for their money were numerous criminals convicted of disgusting, despicable and violent crimes. Uber officials expressed surprise as they are now forced to shell out millions to victims and government agencies for their deadly failures.
Data brokers are not licensed to do investigations.  They are not capable of doing them. They are merely providing data they've collected.  That data is key punched by minimum wage earners and in some cases foreign workers.  Additionally numerous data contributors are actually people serving time in American prisons!  There are just too many holes in the data provided.  Massive mistakes of omissions and incorrect information is the rule, not an exception.
Let's begin with reality.  The FBI can't by law share their information for public consumption even to licensed private investigators.  The information comes from various courts that are willing to contribute their data.  A huge number of courts simply refuse to cooperate with the data brokers because they want to sell their data directly and cut out the data brokers.
A not so small obstacle is name variation and misidentification.   Our names can change just like our underwear.  People are booked for crimes by police simply under the names they provide.  Identification is based on a unique fingerprint classification generated number!  That number never changes rather than ever changing criminal's names is the identification.
We private investigators examine the data broker information because it's available but dare not use it as an end report! This is only an investigative tool used to sort out the real story.
A diligent background investigation requires at a minimum checking each jurisdictional court anywhere near where the target/applicant ever lived.  That includes city, county, Justice of the peace and local Federal courts!  Additionally we search newspaper Archives all with a sharp eye out for alias names and misspellings.
You need to just imagine how difficult doing a records search on a common name like Robert Smith or Bill Jones! Tell me please,  how the data brokers can begin to sort this all out?
For nearly two decades the data brokers have engaged in widespread fraud making millions of dollars doing little or nothing.  The should be prosecuted and the public needs to be informed.
Banks, landlords and employers have been victimized just as Uber but the regulators like the FTC and police have been asleep at the wheel!
In addition to a professional investigator's skill all licensed private investigators have what the data brokers don't.  That is lawful access to the state motor vehicle records.  It's a much better tool needed to sort out identification issues! We even have access to the photo database.
A meaningful investigation will easily cost a full day's time of an investigator.  The average cost is about $550.00 and that's a far cry from the $39.95 taken by the Internet data brokers!
Posted by Paul Huebl Crimefile News at 4/22/2016 09:27:00 AM 1 comment: