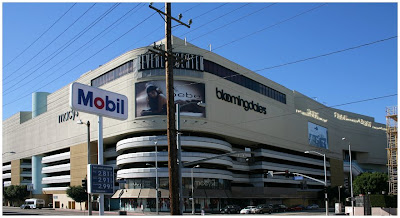 Los Angeles, CA--We have just seen a disaster unfold in Mumbai, India where gunmen took over the most expensive and popular hotels in town. We don’t know where the death toll will end in this protracted terror event.

In America we have disarmed virtually all of the hotel security people long ago. The very people that know the facilities, guests and trusted employees have to run away and call 911. They are people with marginal security training and zero firearms experience.

Restaurants are the softest targets since security is nearly unheard of. It’s time for every soft target business that hosts crowds of people to rethink their internal security while they have a chance.

American malls are perfect terror targets since they never have armed security and host big crowds especially this time of year. Any small group of committed gunmen could turn a mall like L.A. Beverly Center to a killing field with a few guns and some gasoline. The police would be afraid to enter the malls during a terror event for fear of making matters worse.

The resistance to attack must begin with an armed trained security force stopping the progression of that kind of an attack. These are the golden moments when terrorists may turn and run rather than continue. The odds against success are greatly reduced for terrorists with real resistance.

The second line of defense, are the cops. The police don’t know the layout or anything about the thing the employees and the architectural secrets. The cops have to deal with the threats while blindfolded. They don’t know the bell captain from a suicidal gunman.

All the opportunities to stop these events are in the first moments. Later with no resistance the damage and death toll rises with every tick of the clock.

The only real answer is hiring well trained and experienced armed security people who are licensed for that kind of work.

The communications between police and even the best trained security department is non-existent. Police and security radios are never compatible.

There is a quick fix and that’s for every licensed security company to obtain a special police emergency channel that could be also used by police responding to these special soft target venues.

This kind of reform will never happen unless and until lots of American blood is spilled at these easy terror American targets.

We can expect unarmed minimum wage security people searching patrons at entrances airport style long before the make reforms. Any American business that thinks their customers will submit to the frisking like sheep need to be ready to file bankruptcy.

Of course terrorists would have a difficult time to stop their hysterical laughing as they force their way at gunpoint past the frisking stations.

INDIA'S MAHATMA GANDHI said, "Among the many misdeeds of the British rule in India, history will look upon the act depriving a whole nation of arms, as the blackest."
Posted by Paul Huebl Crimefile News at 11/28/2008 03:14:00 PM

I disagree. The first line of defense should be an armed citizenry, which since India was first disarmed by the British still does not exist in that country. And in many places in our own country.

In theory you are correct about an armed citizenry but American’s have allowed that concept to be branded evil and gun rights to all but die. It will take decades and lots of education to return testicles to the American man.

We have to deal with the reality of today and the Metrosexuals that just elected Obama. They will simply wet their pants and watch women and children die.

I wanted to thank you for the add to your blog role. And wanted to let you know that i added you as well. We have much in common. I hope to speak with you soon.

Be well and as always stay safe,

okay thanks for reminding us about the beverly mall - i will call ali and order it. all power to the gun! yours truly, mr. ali ali, ali. jr.

Just attended a lecture by Lt Col Dave Grossman. One of the premier terrorism and combat experts in the world. He gives a very compelling case that the next terror attack in the U.S. will be a school. And it will not be pretty (as in Beslan). I PRAY he's wrong.

Target an American school? Why that’s impossible! We have made those places Gun Free Zones! Terrorist would be breaking an additional law! In most places we’d convict a parent carrying a weapon to protect their own kid. Boy, would we punish a terrorist with a felony conviction too!

Anonymous said...
Just attended a lecture by Lt Col Dave Grossman. One of the premier terrorism and combat experts in the world. He gives a very compelling case that the next terror attack in the U.S. will be a school. And it will not be pretty (as in Beslan). I PRAY he's wrong.

And who will stop them??Soccer mom guards armed with Motorola radios??

The security measures I have seen in schools nationwide(post Columbine) are laughable at best.

Many school resource officers go unarmed because schools frown on them wearing their guns.