GPS Technology For Sex Offenders And You! 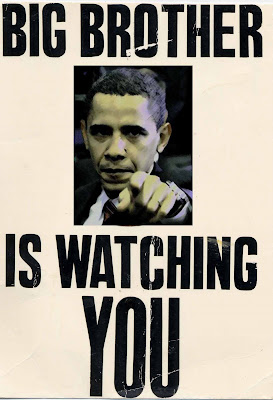 Los Angeles, CA.—Every month thousands of offenders are let out of California’s jails and prisons. For the sex offenders they are fitted with GPS tracking gizmos that allow parole agents to track them if they’re wearing them as they are supposed to do. If the devices are tampered with the agents get and alarm so they know their parolee is on the loose.

It’s a system also used by courts to keep track of certain people accused of but not yet convicted of crimes under bail agreements. The equipment gets better and cheaper every day. When will it become simple enough to use on every American? Like it or not that day is coming along with other technology advances we many not enjoy.

Government will find ways to expand the use of this material to other classifications of people. I’m sure there are those that want government to track every gun owner. Personally I’d like to see these devices used on elected officials and high level bureaucrats before they are used on all of us.

Americans are too ignorant to fight privacy invasions. A trip to any airport or courthouse will show Americans lined up like sheep to forfeit their privacy in the name of, pretend security.

We once had a Fourth Amendment that prevented unreasonable searches absent Probable Cause of wrongdoing. Americans will accept anything politicians call necessary for public safety. Hitler is a fine example of a politician who led a government to monitor the citizens. Imagine Adolph Hitler, Josef Stalin or Barack Obama and the mischief they could get into with the tools of today and tomorrow.

Okay Mr. Paul, this time you crossed the line! It's easy to know that YOU do NOT have kids.. If you did, you would NOT object to ANY device attached to sex offenders so that their whereabouts can be monitored. A sex offender will NEVER change their ways - can you Paul stop wanting a woman for sex? Of course not. Well, a child sex offender can't stop wanting a child for his/her sex play. Get it? So if you ask me, I'd forgo the device under one condition and that is that all sex offenders of children will be put to death immediately. They not need to wear their device at this proceeding. Get my drift? An old Copper.

By the way they make those hot looking lady teachers that are giving private sex-ed classes to some of the boys GPS too. Maybe that will help me find them so I can get some too?

and i'm not addressing the hot female teachers who give it up to a teenage boy (have at it!) but sex offenders do include child molesetors..

GPS technology is one of the highly evolving technologies nowadays. I have a feeling that it will continue to get famous in the future. However bleak that future seems to those who labor to bring forth this technological advancement, it can still be considered promising.

Some may be tricked in thinking however that they provide the best technology but the one you mentioned here is undoubtedly as promising as any other innovations offered in the market. Thanks for the insights.