Obama Citizenship Issue Will Not Go Away! 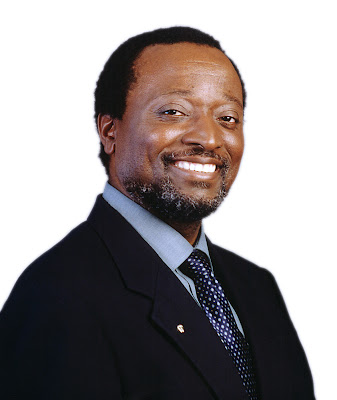 Sacramento, CA—Conservative African-American politician, Alan Keyes has gone to court in California seeking to have that state’s considerable electoral votes for Barack Obama withheld from the official count. If successful the suit would derail the election and bring about a Constitutional crisis.

It boils down to forcing Obama to provide his actual birth certificate or a certified copy signed by the physician. Obama’s own grandmother says she was present in the Kenya, African hospital delivery room when Obama was born.

There are additional issues with his being schooled as a child in Indonesia which requires citizenship there.

Obama claims he was born in Hawaii in 1961. Someone has produced a newspaper birth announcement that seems to support Obama’s claim.

Frankly I don’t see a problem. Obama simply needs to put this matter to bed by producing the documents or stepping aside as President –elect. Instead Obama has run from the allegations and the media giants have refused to even talk about the
various lawsuits in the courts litigating this question.

Page two of the attached is a full page ad placed in the Washington times.
Obama Citizenship Question
Get your own at Scribd or explore others: obama
Posted by Paul Huebl Crimefile News at 11/18/2008 10:07:00 AM

You gotta hear this 90 minute blogradio on why the media has a blackout of the looming Obama Birth Certificate Constitutional Crisis:

If anyone thinks they are going to take the presidency away from this guy they're crazy. The Dems will jump through hoops to change the constitution. Im glad someone like Keys is taking it public and giving it some legitimacy.

The Dems will need a Hell of a lot more voters than the 25% that came out to elect this Marxist creep in order to get the Constitution changed. If they somehow pulled it off it would take nearly two years. It just ain’t going to happen. They may try and suspend the Constitution which would start a Civil War.

It would become open season on Democrats in Congress.

On November 4, 2008 those voting for Barack Obama may in fact have voted for a non-candidate in the presidential election.

Obama refuses to answer mounting lawsuits in various states regarding whether or not he was born as an American. All it would take to clear up this question would be for him to produce a legal copy of his actual birth certificate, which to-date he has refused to do. The pressure is growing daily and now there is speculation that in fact he does not have a legal American birth certificate.

If you believe that Obama went to Hawaii to only see his Grandmother then; where was Michelle and why were the girls not allowed to see their Great-Grandma "Toot" for the last time??

Folks get a grip. This Obama trip to see Grandma 'Toot" was put together with ABC and Good Morning America as a two-fold attempt to, 1) legitimize a Publicity stunt to gain sympathetic favor for Obama and, 2) provide a cover for Obama to solicit a legal story and affidavit from Grandma 'Toot" as to his claim of having been born in Hawaii.

"One of the things I want to make sure of is that I had a chance to sit down with her and talk to her," Obama told Roberts on GMA. "She's still alert and she's still got all her faculties. And I want to make sure that I don't miss that opportunity right now." "And then we're going to find out what chores I can do, because I'm sure there's been some stuff that's been left undone," he said.

Yes, there was good reason that Obama needed to "talk with her and find some chores that need to be done!" And it's very important that you the voter decipher his words "she's still alert and she's got all her faculties." He keeps repeating this mantra because that's an absolute requirement for a valid affidavit. And Grandma “toot” was the only American relative left that could cover-up his birthplace.

Obama's other grandmother on his father's side, half brother and half sister claim Mr. Barack H. Obama was born in Kenya. Reports further reflect that Mr. Obama's mother went to Kenya during her pregnancy. Wayne Madsen, Journalist with Online Journal as a contributing writer published an article on June 9, 2008 stating that a research team went to Mombassa, Kenya, and located a Certificate Registering the birth of Barack Obama, Jr. at a Kenya Maternity Hospital, to his father, a Kenyan citizen and his mother, a U.S. citizen. There are claims of records of a "registry of birth" for Obama, on or about August 8, 1961 in the public records office in Hawaii, but these have not been released for scrutiny. It is alleged in the various lawsuits and is a matter of much general speculation that Mr. Obama's mother was prevented from boarding a flight from Kenya to Hawaii at her late stage of pregnancy, which apparently was a normal restriction to avoid births during a flight. It is likely that Stanley Ann Dunham (Obama) gave birth to Barack Obama in Kenya, after which she flew to Hawaii and registered Obama's birth.

Yes, Mr. Obama, “… there’s some stuff that’s been left undone!” NOW SHOW THE WORLD YOUR ACTUAL BIRTH CERTIFICATE and all the stuff will be done!

So far, it appears that Barack Obama is going to get a pass because he is a V-E-R-Y liberal celebrity Democrat.

If he were a conservative or a Republican, the Democrat Party and the mainstream media WOULD BE HAVING A FIELD DAY. There would be almost non-stop attacks on him and you would be frequently hearing the words "foreign usurper", "sredding the Constitution"trashing the Constitution".