Why The Returns Of This Presidential Election Will Be Really Slow 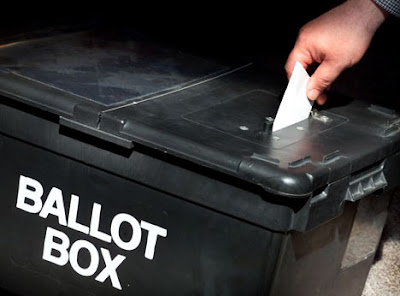 Trust me, I know my way around a precinct polling place especially in Chicago. As most voters know polling places are geographically located within walking distance inside areas containing less than 1000 voters.

Next are the election judges. They are the ones in charge of the precinct election. There are three or sometimes more of them. One of them must be a registered to an opposite party. In heavily Democratic precincts the Republicans are Republicans on paper only for sheer convenience.

The judges are poorly paid and minimally trained people that are supposed to supervise the process protecting the integrity of the vote and privacy of the voters. Often the judges are very elderly. When the polls close their real work begins for the judges and the Precinct Captains keep a watchful eye open everything.

When you have a big election with a turnout of 60% or more of the voters the election judges get overwhelmed and dysfunctional. The captains far too often take over the judge’s duties. If you believe that people don’t vote early and often the dead are incapable of casting a ballot you live in a dream world.

The horrific realty is that valid ballots are very often invalidated by chicanery such as defacing the ballot by making it show falsely that the voter voted for more than one candidate for the same office. Those voters that failed to show up have their ballots cast for them along with the dead. The truth is the ballot manipulation and ghost voting takes time. That’s why the inner-city returns are always last to be counted. Don’t complain now because this is the democracy we created. The Democrats fight all reform or voter fraud control efforts at every stage.

Email ThisBlogThis!Share to TwitterShare to FacebookShare to Pinterest
Labels: Elections