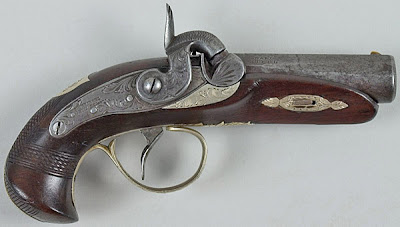 Washington, DC—I see it coming in a country where a President has a ten-percent chance at being assassinated just for being a president.

Now we have a President-elect that is already very unpopular with a large segment of society and considered by many to be an un-American Marxist. Many Americans feel there is now a clear and present danger to their hard won American personal freedoms posed by the man who will next occupy the Whitehouse.

The Secret Service has a real problem now since the next, would be John Wilkes Booth or Lee Harvey Oswald may use the latest technology to accomplish his mission. No longer need a killer rely on marksmanship and a wish for his own death in order to carry out such a high profile killing.

Today there are so many cheap and easy remote control ways where a killer could bring down an American President from anywhere in the world. The designers of the most sophisticated weapons of war for the most part are political Conservatives and the majority of them live in or come from America’s Deep South where feelings are very antagonistic right now.

The Secret Service must fight hard to stay ahead of the technology curve. That one-shot muzzle-loading Philadelphia Derringer Booth used to dispatch Lincoln 143 years ago has been replaced by much more efficient devices and criminally creative ideas. I don’t envy the life of a Secret Service agent today assigned to Presidential protection duties.
Posted by Paul Huebl Crimefile News at 11/05/2008 11:50:00 AM

When the righteous are in authority, the people rejoice; But when a wicked [man] rules, the people groan. Proverbs 29:2

On the other hand, anyone after Obama has to think about a President Joe Biden. Obama may be even more fiendishly clever than I gave him credit for.