Hey Daley! How Can This Be? 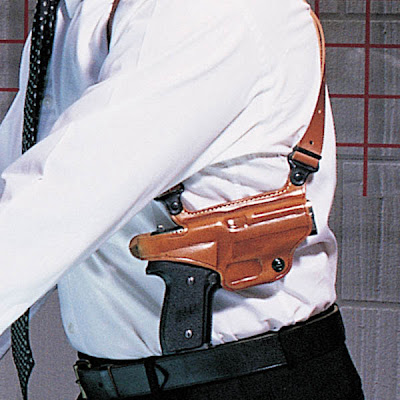 Miami, FL—Despite being the land of the free when it comes handing out concealed weapons permits This South Florida metropolis has gone an entire month without a any homicides.

Yes it’s true! October 2008 went without a single murder in the land of CSI and Miami Vice. No wait! Today it’s 35 days and counting! Soon those kinds of TV shows will have to relocate to Chicago where there's never a shortage of active murder scenes.

According to “experts” like Barack Obama, Richard M. Daley and Michael Bloomberg that’s impossible! Could these fellows been somehow wrong? Their favored gun bans have only protected the criminals rather than the law abiding public. The criminals are enabled and get bolder by the week in places like New York and Chicago.

Could it be that Miami’s criminals are finding themselves too often at the wrong end of guns held by potential robbery and rape victims? Could it mean that armed law abiding citizens exercise their absolute right to carry firearms in a responsible and safe manner?

I guess Americans need to ask experts like Obama, Daley and Bloomberg to explain this phenomenon.
Posted by Paul Huebl Crimefile News at 11/01/2008 07:12:00 PM

Unfortunately this PROOF and data will be ignored if BO gets elected. He won't take your guns right away but the next school shooting or nut who guns down folks at a mall will enpower(ha give me a break) BO to pass more and more legislation. By god I hope Tuesday is a good day and not the end of liberty as we know it. If so the "radical" left will be in charge and we should all know that "radical" anything is not good.

"... let your gun therefore be your constant companion on walks." Thomas Jefferson 1785

"One loves to possess arms, though they hope never to have occasion to use them."
Thomas Jefferson to George Washington 1796

I only have one question; What happened to us?