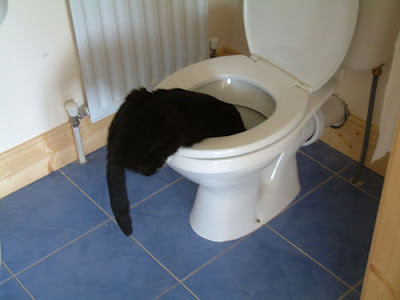 Los Angeles, CA—My cat Nerak asked me who won yesterday’s election. I had no clue she’d take it that hard. She’s been barfing all morning and I thought she had it under control.

I had to tell her that President-elect Barack Obama was set to get his first CIA briefing and how he was going to bring us much closer to what the United Nations wants as fast as he could. That must have set something off because she’s been in a commode hugging funk ever since.

Paul,
You no good son of a bitch! How good you tell that poor kitty about that horror story? You should have told that McCain won the election. She’d have never known the difference until you were both homeless under Obama’s plan for the economy.

I'm going to report you to the ASPCA!