It’s Time To Join, Renew Or Upgrade Membership With The NRA 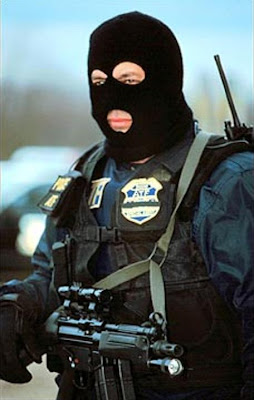 Washington, DC--Barack Obama and his new Congress promised us change. Look out here it comes!

In 1994 the new congressional majority sandbagged American gun owners with a ban on millions of rifles and pistols they arbitrarily labeled assault weapons based on looks and simple features. They called it the Assault Weapons Ban as they lumped with it their bogus Crime Bill that was nothing but a jobs program and Socialist giveaway.

The ban did nothing about crime or violence but snaged a bunch of middle-aged gun collectors on meaningless technicalities. Felony convictions were handed to non-violent gun collectors like candy.

After Americans were burned by the Clinton Administration and the Democrat controlled Congress, gun owners put up a political fight ousting a platoon of gun rights-hating lawmakers from the Beltway. 14 years later politicians memories have faded and they will move again to destroy the Second Amendment.

The misleading Assault Weapons Ban expired and Heller was decided in the Supreme Court because of the expanded membership in the NRA and other groups like the Second Amendment Foundation. Had these organizations not fought a huge battle our government would have seized millions of guns and put thousands of gun owners behind bars.

Take the time today to, join, renew or upgrade your membership because our guns are at the very top of Barack Obama’s and his merry band of Bolshevik's to do away with list. Make no mistake our new government will make war on gun owners. We will have many more Wacos ahead of us. After our new government is in place we can expect to see lots of jack-booted, bucket helmeted thugs kicking our doors down once again.