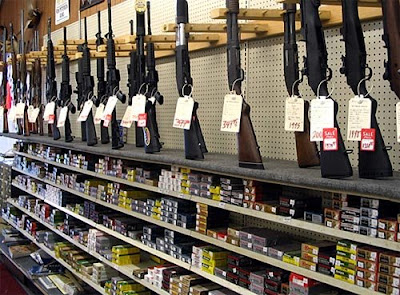 The Marxists will soon be in charge as they begin their reign in January. They were elected by a relatively small percentage of America’s population that bothered to vote.

New gun bans will be at the top of their lists because guns in the hands of private citizens are a threat to the insatiable Marxist thirst for total control of the population.

Obama will install only gun-rights haters to the Supreme Court we can expect to overturn Heller and abolish the Second Amendment. The Marxists will have a majority on the court in short order.

The surge of gun buyers is for three reasons, anticipation of a gun ban, a crime wave instigated by the economy and the election of hard corps Bolsheviks to run this country.

Marshall Law and suspension of our Constitution may be on the horizon over the economy and resistance by too many Americans as the “change” begins. A second Civil War may well be in the cards for this country.
Posted by Paul Huebl Crimefile News at 11/07/2008 11:33:00 AM

Rahm Emanuel as Chief of Staff,(rammed through AWB) Chertoff heading DHS, Mukasey as AG, hmm The Israelis can have their uzi's, yet we American "scum" are to be disarmed. Our local cops won't follow orders to steal citizen firearms, how about your local LEO's?