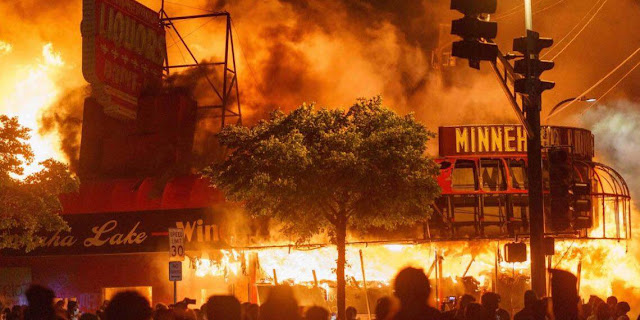 Los Angeles CA--In the last several months we’ve seen organized Democrats displaying no limits to their violence, lies and incredibly appalling behavior.
Donald Trump supporters dare not wear hats or other material supporting Trump without fear of beatings and worse. The Democrats have clearly shown that they are both unAmerican and absolutely dangerous to our children, seniors, peace and well being.
Voting for these traitors will only cause their useful idiots to level up their terrorism.
They want gun bans and to have police removed from our streets so their thugs can have absolute power over everyone. Democrat Politicians have opened the gates of our prisons letting their new combat troops loose on an unprepared society.
Come November, all these monsters must be soundly defeated at the polls.
Posted by Paul Huebl Crimefile News at 7/12/2020 11:24:00 AM 2 comments: