Why Violence From Chicago’s African-Americans Is Easily Predicted at The Obama Fest. 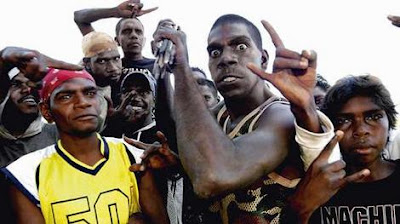 Chicago, IL—Chicago’s African-Americans have a difficult time controlling their emotions. A racist statement you say? Then why is the population of prisons in the entire state of Illinois loaded with over 70 percent with Chicago’s African-Americans? You can argue how poverty breeds violent crime but that does not change reality of just who is generating the violence.

I have vivid memories of my hundreds or perhaps thousands of visits to the Cook County jail and Morgue. The numerous bodies being posted on the autopsy tables were overwhelmingly African-Americans. The jail was a sea of dark faces. Both facilities handle the populations of the city and all its suburbs. Violence and crime is a huge part of Chicago’s African-American culture.

Putting an overwhelming crowd of jubilant, frustrated or angry young Chicago African-Americans in one place like they are doing at the Grant Park Obama celebration is both dangerous and reckless. Any and all deaths resulting and property damage from the very predictable violence should rest directly on the shoulders of Mayor Richard M. Daley and Senator Barack Obama. As for those emotional triggers, I know before the night is over we will experience all of them.

Since the crowed will vastly outnumber police, the temptation to engage in violent misbehavior will be answered in a very tragic way. This disaster will detract from what should be a grand celebration of our democracy.

When I saw that Chicago press conference with that group of older African-American clergy members urging people to stay home and celebrate there it was obvious they knew just what to expect. Those men were as serious about their message as a heart attack. Don’t listen to me; instead listen to those members of the African-American clergy because they know!
Posted by Paul Huebl Crimefile News at 11/04/2008 06:53:00 AM

Are you the Paul Huebl that's been mentioned in Sky News today?

you're right bon target! they (afro's) will raise hell as they "think" that "THEY" elected a black man to be President. Little did they know that white American elected him - if he gets elected? but this or most any other celebration is a cause correct for them to fight and bet up folks. i mean, those blacks that do this sort of thing (about 30% percentage wise) don't work, won't work, so all they do is steal and fight. they raise hell when they are happy and raise hell when they are sad. makes little difference - they are over-emotional people.