The Obama Memorial Where And How Big? 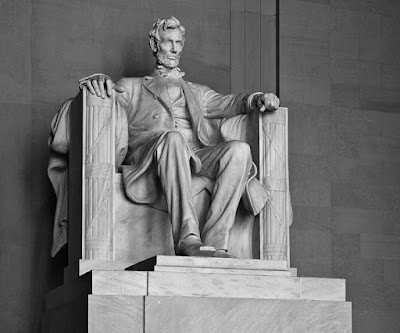 Washington, DC. –They have them everywhere, memorials to dead politicians. The grandest of them all was that artistic structure at the opposite end of the vast Capitol Mall from the Capitol building.

The 16th President and the most divisive one our history caught a lead ball in the brain as he watched a play in Ford’s Theater. The killer was no disturbed whack job but a Southern Patriot exacting revenge for Abraham Lincoln’s reign of terror that killed so many people over a really simple issue.

The Southern states simply wanted independence from Lincoln’s political agenda and policies strangling them. There was no need for war, death and destruction. It’s the winners however that write the history books and build memorials like the one they erected for Lincoln.

We will all die too soon. Aside from illness and old age, Presidents have around a ten percent chance of becoming statistics based on violent American history. Barack Obama will soon ascend to the Whitehouse disliked more than any President in my lifetime. Obama’s detractors loathe him because of his color.

It’s not Obama’s dark skin color but the Red color of his vile Marxist politics. I don’t see a way in the world Obama will survive the next four years.

The killing Obama would be an exercise in futility, since waiting in the wings to take over that office is Joe Biden and then Nancy Pelosi. That, plus the kind of a backlash the Liberals in power would punish Conservatives with would be on par with post Civil War reconstruction.

Obama should not be given that kind of importance. What needs to happen, is for Americans wake up and oust every last Bolshevik in two years at the ballot box. With any luck Obama will prove to be an unpopular one term mistake like Jimmy Carter. Come January 20, 2009 it will be a great time for foreign governments to kidnap and kill Americans, because Obama can be counted upon to do absolutely nothing about those kinds of provocations.

Obama needs to be forgotten and dumped in a landfill with other dead Communists when he dies of old age.
Posted by Paul Huebl Crimefile News at 11/09/2008 01:09:00 PM

Make him Carter, not a martyr.