The Time is Right For Nationwide Concealed Carry 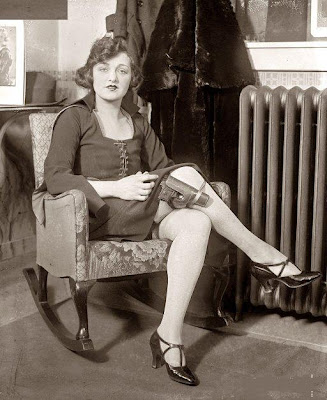 Gun rights advocates like me have long taken the position that any law regulating, registering or the carrying of firearms is unconstitutional. We were waiting many decades for an answer from the Supreme Court.

We got an answer today. In a narrow 5-4 spread we got an almost absolute right to keep common guns in our homes. Today we have a right to keep, but not bear arms. We wanted better, but could have gotten the status quo or something much worse. I don’t expect another gun ruling from the Supreme Court in my lifetime.

Our only avenue for improvement is a political one. We can let out politicians know where we stand and demand even more freedom and protection from criminals. In 1994 after Congress passed the now expired assault weapons ban we taught many of them a lesson they will not soon forget. We were able to turn out many long career gun-rights hating politicians.


With this ruling and a new attitude we can end many registrations schemes that all convicted felons have been exempted by two earlier Supreme Court opinions. We can get nationwide concealed carry with just a little more effort.

The Liberal dream of sending cops into homes confiscating firearms is dead but for a government overthrow or successful invasion from another nation or group of nations.

African –Americans are complaining about Genocide that’s going on in Darfur while they ignore the same slaughter in their own neighborhood. In Chicago’s ghetto roving bands of heavily armed thugs, rob rape, extort and murder unarmed peaceable people. The story is the same in both places. The unarmed die and the armed have a fighting chance to live.

American gun control is as racist today as it was when the Supreme Court went the wrong way with Dread Scott because they were afraid newly freed slaves would have gun rights under the Second Amendment.

Many of us are safe in our homes but we are no so safe on public streets. Americans need to bear arms not just keep them.

Join the NRA and or your state rifle organization. The Second Amendment Foundation and the Jews for the Preservation for Firearms Ownership also do good work for us. For Gay gun owners there’s even the Pink Pistols.

Belong to one of these outfits and press on for the right of every law-abiding American to have nationwide access to concealed carry.
Posted by Paul Huebl Crimefile News at 6/26/2008 09:59:00 PM

Paul, please remove my grandmother's photo from this thread.