Chicago Was Not Always So Miserable To Gun Owners. 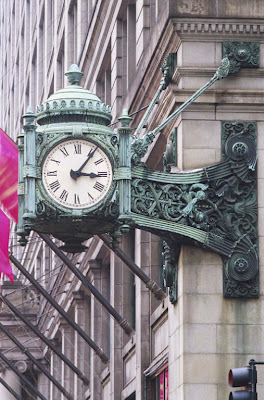 While I was growing up in Chicago guns were not contraband, and gun registration was neither mandatory nor taxed. The city had many gun stores and sporting goods stores that sold guns.

Concealed carry was something the ward organizations doled out, not by a simple permit but with a star and the full police powers of a Cook County Deputy Sheriff.

In high school I had my own .22 rifle I carried on a CTA bus on days of ROTC rifle practice. Today that behavior would make any high school kid a national and infamous celebrity.

I can remember when you could buy handguns at high end places like Marshall Field’s, and Abercrombie & Fitch subject to the coveted, permit to purchase.

In early n1968, the gun control movement plastered big posters all over the CTA buses and trains telling Chicagoians that the large bullet in the picture had their name on it. Without gun control we will all die.

Mayor Richard J. Daley and Springfield brought in the Illinois Firearm Owners Identification Card required of every gun owner and free but mandatory Chicago gun registration. The promise Daley made is it would always be free and the city and state would be so much safer.

It was with great fanfare that Mayor Daley appointed Illinois National Guard General Francis P. Kane to the position of Chicago’s Gun Czar. Gen. Kane administrated the program in a typical Chicago style. He began a side business disposing of guns confiscated by police to local street gangs.

The opponents of registration prophetically predicted that registration would only become a tool for later confiscation. Today we know just how right they were.

Next came a never ending stack of new gun prohibitions and with each new law criminals became better armed, more violent and brazen.

With the advent of a kinder and gentler recognition of Americans being delivered by the U.S. Supreme Court’s Heller case we may yet see a return of gun stores in Chicago.
Posted by Paul Huebl Crimefile News at 6/24/2008 12:42:00 PM

"The opponents of registration prophetically predicted that registration would only become a tool for later confiscation. Today we know just how right they were."

New York City and the state of California did that. I wish I had the citations for the NYC shenanigans. I think it happened under Dinkins.

Registration is pre-text to confiscation.

lergnom,
i don't have the date but you're right, it happened under dinkins' administration. the "assault rifle" registration law was passed by an earlier administration with the firm promise that there would never be any confiscation. dinkins was asked about that and replied to the effect that "he never made no promises to nobody" and nypd followed orders.
"gunner"