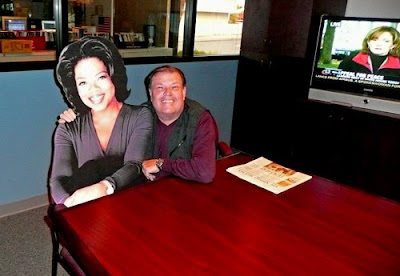 Chicago—It was a cold evening in the early 1970s and I found myself having a conversation with a pretty brunette I had met near the parking garage window at Marina City where I lived. The girl was attending a meeting for, Women in Broadcasting. I envisioned that group as a bunch of wannabe lady broadcasters. Marina City for those who don't know is on the top of this blog page.

The girl I was chatting with saw this chubby Black girl who was quickly walking into the building. There were the friendly waves and greetings and I was introduced to Oprah Winfrey. I was in my 20’s and had that genetic disposition to size up women only for the most basic of functions. Oprah did not make the final cut.

My first impression of this unremarkable Black girl was that she had a face much better suited for radio than TV. She was friendly enough but I could never envision in a million years that Oprah would become one of the richest women in America and most recognized faces.

Timing in life is everything and Oprah rode the crest of the Affirmative Action wave and parlayed everything into a huge empire.

I only talked with Oprah one other time perhaps a few weeks later in the same place. I just shook my head and thought that lady should give up trying to be a broadcaster and get a real job somewhere. Yes folks, I called it wrong.
Posted by Paul Huebl Crimefile News at 6/28/2008 01:25:00 PM

Oprah is queen of the biatches!

She's one of the most self-serving people in television.