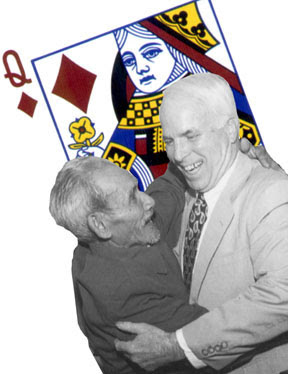 The Republican Party got hijacked by its Liberal wing and their Presidential contenders turned out to be a sorry bunch. They all had serious Liberal baggage. Rising to the top of that heap of Liberal deadwood was Senator John McCain who consistently gave Conservatives all the wrong answers.

McCain was an easy sell to any Conservative that did not know him. His time in the Hanoi Hilton Hellhole qualified McCain as an anti-Communist and Conservative in nearly anyone’s eyes. Those perceptions were very misleading. The problem is that McCain has embraced the Socialist ways of his captors. His Senate votes were never all that different than either Clinton’s or Obama’s.

McCain’s answers on Immigration, Gun Control and Campaign Financing are in line with anything but Conservatives. McCain is a tough pill for any real Republican to swallow. I know of no Conservatives that are happy with this aging pretend Republican. The polls I believe are reflecting voters, sans the unhappy Conservatives who won’t participate in polls.

One thing for sure if McCain plans to win he needs to at least learn how to lie to Conservatives and claim he’s changing his Left Wing ways. That worked well for George Herbert Walker Bush when he fibbed about, no new taxes or gun control. McCain can’t win with just those disappointed and angry Clinton supporters alone.
Posted by Paul Huebl Crimefile News at 6/22/2008 03:03:00 PM

Paul,
That is why I voted for Ron Paul a true conservative and will be voting for Libertarian,former Rublican US Congressman Bob Barr in November.

Take a look at Bob Barr and vote,the worst thing you can do is to not vote.

I refuse to vote for a Libtard RINO but will vote thrid party for someone who reflects my values.

Paul,
Have you looked into Bob Barr?