Ramifications Of The Heller Case RE: Assault Weapons And Such. 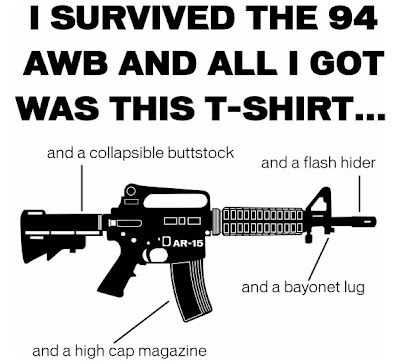 Several states have laws or pending legislation similar to or identical to the expired federal so-called, assault weapons ban.

USA vs. Miller made it clear that weapons used by the military were and are protected subject to the now defrocked, Militia Collective Right Theory we’ve lived under for 70 years.

The Court in D.C vs. Heller avoided defining constitutionally protected weapons other than to say that, It protects handguns and other weapons "in common use." The court suggested that dangerous or unusual weapons may not be protected and sidestepped saying just what those were.

In order for the gun control lobby to press their case for the assault weapons ban they told any congressman or legislators that would listen that these assault weapons were absolutely everywhere. That makes the case that the temporarily banned scary looking black semi-automatic rifles and pistols with large capacity magazines were and still are, in common use.

On its face the Heller case seems to enjoin federal, state and local governments from at banning or re-banning these weapons currently legal in most states.

My informed guess is the laws of California against weapons of common usage like large capacity rifles and .50 caliber weapons are unconstitutional under Heller.
Posted by Paul Huebl Crimefile News at 6/27/2008 08:51:00 PM

You forgot the barrel shroud thingy....

I think Heller stands for the proposition that you can't ban an entire class of weapons (Assault rifles, SBR's) as long as that weapon was, or is similar to one that was, in common use at the time of the founding of the nation, or are popular weapons in common use for self defense. So clearly a ban on assault weapons would be unconstitutional. As to short barreled rifles, there are 2 questions, (1) were rifles with short barrels in common use in 1786 and (2) are SBR's a popular choice of people for self defense weapons.

Paul, I'm with you and I wish that were true, but I really doubt that the USSC will make an affirmative ruling that says that we have a constitutional right to own AW's here in Kalifornia (or anywhere else).

When the court went vague on describing constitutionally protected firearms as they did in Heller using terms like, "in common use" and “dangerous or unusual weapons” that is a good thing. This serves as guidance that there must be the most liberal interpretation that could cover fully automatic weapons. To use dangerous weapons in the strictest terms that would outlaw a BB gun.

I am encouraged here by the deliberate vague language…

I really hope you're right and I'm wrong.