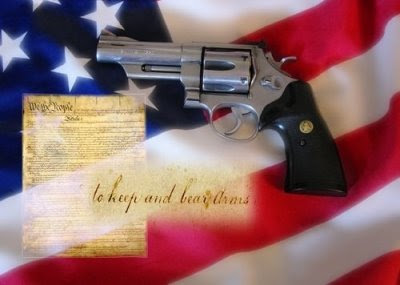 You should know that the death penalty for child rape that does not result in death was ruled to be a violation of the Eight Amendment. That came down in the case of Kennedy vs. Louisiana

Three more cases are yet to be decided by the court including Heller. Those are now expected to be released tomorrow.

Here is a tip from my supreme Court source,Jason Harrow, "while it appears that Justice Scalia has the principle opinion in the Guns case, it is not necessarily a majority opinion. It could be a plurality opinion."
Posted by Paul Huebl Crimefile News at 6/25/2008 07:24:00 AM

Email ThisBlogThis!Share to TwitterShare to FacebookShare to Pinterest
Labels: Heller

As a parent, I believe it is Just to involve capitol punishment for child rapsits. There is no other true monster on this earth. Hypothetically, if my child was harmed in such a way and the law failed to bring justice...I'd KILL that person myself. To prevent that person from ever having the opportunity to do it again. I'm not a maniac or even a little crazy, I'm simply a parent. I believe any other parent would feel pretty much the same.

This is a true travesty of justice. I can find no other crime more heinous than the rape of a child. This little girl had to have surgery to repair the damage that this monster did to her. Can you image the emotional damage she endured that is sure to lap over into any relationship she will have in her life time? What are we trying to do, rehabilitate this monster? As the mother of an eight year old daughter, I assure you, I would not be responsible for my actions if something happened to her. Any person who could rape any one, much less an innocent young child, deserves the ultimate punishment for his crimes!

Perhaps if it would have happened to one of the Supreme Court Justice's child, the ruling would have been different. How sad to show mercy to one who does not deserve it. I too would shoot the bas---d. He richly deserves it.
I am sure the child suffered greatly. This guy needs to suffer more than the child.

They should have made an example out of him, a warning for all rapists.