The Biggest Obama Gaffe Yet 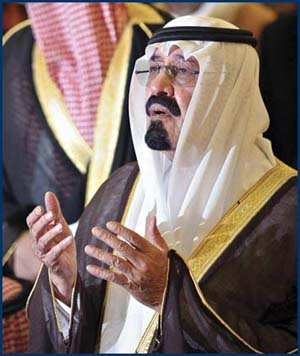 I’ve never considered President George W. Bush very bright. There was a foul odor in the voting booth that caused me to hold my nose as I read the candidate’s names. I punched out my chad and left the polling place.

This coming election will bring even a stronger odor so I’m voting absentee this time. Bush is no genius but Obama is incredibly dumb.

With Americans in total shock at what they see at the gas pumps, the war between the tree huggers and the rest of us is over. 300,000,000 people in this country are facing massive inflation on everything we consume because of the price of fuel. That problem compounds our existing massive mortgage loan foreclosure crisis

Once John McCain came out and said it was time to drill here, Barack Obama shot from the hip with the same old Bolshevik talking point about saving the planet. The Bolsheviks should be smart enough to recognize that the environmental issues are not going to change because we drill on one part of the earth as opposed to others.

Obama accused McCain of flip-flopping on this issue and dug his heels in that he is opposed to oil exploration within the United States.

This is simple Obama would rather Americans pay extortionate prices to his Muslim friends that want us dead. Obama really put himself on the wrong side of this issue.

paul ur a real tuff guy. but your no chuck norris. so you may want to replace your video with Chuck Norris at the gas pumps.

Click on aboove link or copy and paster below URL
http://www.youtube.com/watch?v=JnVVkCsw41c

Are you aware that gasoline is $2.00 and change a gallon in Mexico? .37 cents a gallon in Venezuela,the only Non-Arab member of OPEC.

The USA has not built a new refinery in close to 35 years and gasoline is rapidly approaching $5.00 a gallon.

I am not a proponent of government intervention in the free market but this is absolute BS,someone needs to be held accountable.

We have more oil reserves than Saudi Arabia and refuse to drill or spend money on exploration. The ridiculous ploy to use a food product,as a substitute for oil, has caused corn to jump 800% in a little over a year and is a leading cause of inflation. This is nothing more than a ruse based upon psuedo,ec0-science.

This problem in not a Republican or Democrat issue but an American issue,both parties suck and both Presidential candidates SUCK!!!

Our military is being destroyed,our national,state and local assets are being sold off to foreign interests,our manufacturing base has been destroyed and exported to Communist China and wrong has become right in this nation; all in the name of Greed and Power.

History will dictate that Ron Paul was the right man to salvage what is left of this decaying,corrupt and decadent empire that once was a true beacon of light to the world.