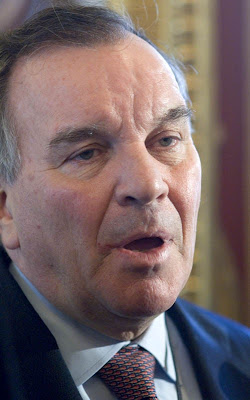 Chicago-Mayor Richard M.Daley is in an emotional crisis because of the Heller case reaffirmation of the right to keep and bear arms. Daley is wrong and of course he thinks I’m wrong. I have a new idea for my own hometown.

Like it or not gun rights are here to stay, even in Chicago. We have a unique opportunity to get in on the ground floor with those law-abiding people who need the protection the most and want guns. Nobody hates gun crime and violence more than law-abiding gun owners.

I have said the genocide in Chicago’s ghettos is no different than those bands of cowardly, armed thugs victimizing the unarmed and helpless in Darfur, Africa. A trip through the Cook County Medical Examiner's Morgue tells a sad tale about the truth that the vast majority of violent deaths are African-Americans.

The City of Chicago needs another approach to the entire problem. That needs to begin on Chicago's toughest, segregated African-American neighborhoods. With minimal funding using existing public buildings and churches, I can return to Chicago, start an outreach program to aid with some serious peace keeping.

We can organize these forgotten people into a militia. We begin with recruiting and training those with a valid FOID card right in their own neighborhood. We need to provide free training in safety, marksmanship and the justifiable use of deadly force. Most importantly we need to work out an understanding between Chicago police and the gun owners on a course of conduct during incidents where there is a police presence.

The militia members will learn that just like the police they can defuse a lot of violence without ever firing a shot. The militia will in turn pass on to others what they’ve learned about gun safety and responsibility. The program will rely heavily on the concept of personal responsibility.

Upon completion of training Chicago’s new Chicago Peace Militia will take what they learned and begin a new chapter of cooperation with police. This program offers the only real hope to end the strangle hold that violent street gangs have in these neighborhoods. Later this program can be expanded to every neighborhood.

The goal here is a simple one, we all can agree upon, to reduce violence and protect the children. Someday guns can return to being desired for only hunting and sports shooting. Chicago has nothing to lose and everything to gain working with the only viable choice they have. Government only works when there is a partnership between citizens and government.
Posted by Paul Huebl Crimefile News at 6/29/2008 09:19:00 AM

Daley's big brother approach to gun laws is absurd!!! Government needs to stay out of our constitutional rights! If I want a gun to protect myself; it's my right and Daley's con artist approach of "allowing" gun owners to be limited to hunters is unacceptable! Daley don't tell us how we should think about ANY of our rights as citizens. Daley is a socialist and I don't beleive in socialism which is what he's all about. Tax the people to support his state is his tired mantra. Daley needs to be replaced by a public servant that beleives in democracy not socialism. Daley get out!!!

Paul, Daley would choke his own children before he'd agree with anything like that. Of course, he won't get rid of his own armed bodyguards!

However as far as Chicago is concerned I see some serious drawbacks.

Where are the opportunities to hand out well-paid no-work jobs to insiders?

None of the big connected law firms appear to have any role in your scheme.

Finally, I don't see any Outfit boys profiting from your idea.

Other than that, great!

A MUST WATCH!!!
This is a mirror of Chicago, need to watch to the end. Copy and paste the link

It's only a 9-minute video-clip, but VERY chilling.

The British called, they want their guns back:

Something to try in the windy city.

From the Baltimore Sun

Socialism Sucks is right. New York's Sullivan Act gun-ban came about because Big Tommy Sullivan had to stop the regular people from fighting back against his shakedown rackets, and in Chicago the ban was instigated by made-man Fred Roti who was also responsible for fixing a number of murder cases. The Democrats only appear to run Chicago while the Mob pulls the real strings.