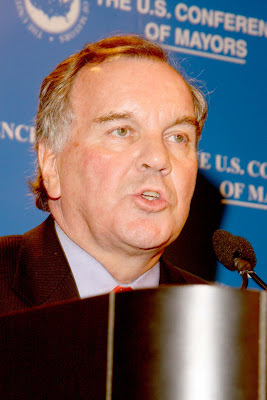 Chicago—Not since the day the late, former Alabama Governor, George Wallace personally blocked the doors of the University of Alabama has an elected official so outrageously violated people’s civil rights. Wallace used his own body to prevent two young African-American students, Vivian Malone and James Hood from enrolling in that tax supported school. Today Mayor Richard M. Daley has placed himself above the law of the land in his continued effort to support the genocide going on in the Windy City. 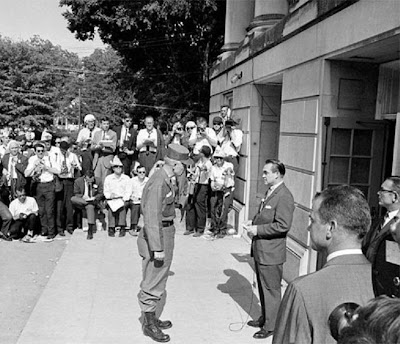 Chicago’s little mayor has vowed to ignore the ruling of the nation’s highest court and continue causing the arrest of law-abiding Chicagoans who lawfully possess handguns in their homes for needed self-defense.

In order to fight this Mayor Daley will award millions of dollars of taxpayer money to outside lawyers to fight off the litigation that began yesterday. We all know the law firms receiving the cash know how to generate giant kickbacks in the form of campaign contribution to keep the ethically challenged mayor in office.

Call Mayor Daley at 312- 744-3300 and tell him not to waste your hard earned tax money on a fight he cannot win. Tell Daley that he is violating his oath of office and the civil rights of the people of Chicago. Tell Mayor Daley to stop the genocide in Chicago’s ghettos by allowing the law-abiding African-Americans the human and now well-defined civil right to self-defense.

Out of curiosity, What does the oath of office consist of for a Chicago Mayor or Alderman?

"I do solemnly swear (or affirm) that I will support and defend the Constitution of the United States against all enemies, foreign and domestic; that I will bear true faith and allegiance to the same; that I take this obligation freely, without any mental reservation or purpose of evasion; and that I will well and faithfully discharge the duties of the office on which I am about to enter. So help me God"

If guns are illegal in the city, then how do the bad guys get them and use them? Bad guys do not obey the law; thats why they are criminials. The gangs in the city just laugh at the fact they are not supposed to have guns. Everyone is safer when the criminials [including the mayor] don't know whos armed.

The flip side of every politicians paranoia about having higher authority take away their own is that with this ruling, thwo things could positively happen:
1) CRIMINALS (ineligible to LEGALLY own or posses a firearm) are given cause to think twice before committing a crime, when the LAWFUL potential exists, that on the other side of that door, may lurk a LAW-ABIDING citizen, exercising the CONSTITUTIONAL INDIVIDUAL RIGHT of gun ownership and it not afraid to use it.
a) a crime not effected is NOT a reportable statistic.
b) A Non-inturder won't be a statistic.
Like the late, Great Ronald Reagan said, "Peace through Strength." The strength of the community to exercise their rights may prove stronger than the criminal mind to commit wrong.
-An out of state retired Navy veteran

Obviously you don't know that Daleyland is not part of the U.S., therefore is not bound by the U.S. Constitution. One of the Daleyland geniuses said that states and local governments are not bound by the Bill of Rights it only applies to federal entities. This from a Law Dept. spokesperson. As a matter of fact the high grand pubba of Daleyland, Richard M. Daley, is in the process of taking over all press and media forums, revoking all speech and assembly provisions and setting up his own Daleyland religious sect. Don't worry though, if you grease the right palms you can do as you wish.

"Illinois voter said...
Out of curiosity, What does the oath of office consist of for a Chicago Mayor or Alderman?"

and I will faithfully collect my brown envelope....

What law school did he go to??

I believe the Mayor went to DePaul. The mayor is wrong on this issue!

Daley is not only a tyrannical egomaniac but a bumbling idiot who makes George W Bush sound articulate.