Should Process Servers Be Armed? 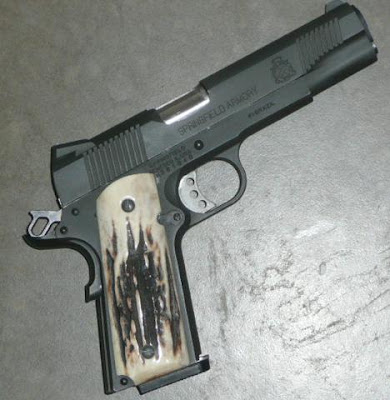 Process serving for the most part is lucrative and enjoyable way to make a living. Too many people enter this vocation without understanding or preparing for very real dangers associated with this job.

Those servers employed by large agencies are given beats according to their abilities and experience. Older men and women are assigned to serve only corporations, banks, hospitals and government agencies. There are no dangers associated with these types of services but for the potential of automobile accidents and such.

Eviction, debt related summonses, divorce actions and restraining orders should be served only by trained, fit and armed servers. There are only so many of these riskier papers that can be served before servers are, threatened, assaulted or someone tries to kill them.

Some jurisdictions actually write laws or try to enforce rules that take away process servers rights to carry weapons for self-defense. I’m alive today because I knowingly and intentionally violated a presiding judge’s unlawfully enacted process server’s gun prohibition. Not only did I survive the armed attack I was able to cause the prohibition to be rescinded.

Process servers serve wherever they can. Too often it’s at private homes where all manner of weapons are present. The people being served are too often intoxicated, frightened, angry and even suicidal.

Some examples I can cite is that twice men I served divorce papers on killed themselves within minutes of my visit. One man kidnapped and murdered his soon to be ex-wife and yet another went to a Scottsdale dental office and shot his wife’s employer, a dentist and another worker before being subdued by his wounded victims.

This is not a job for an adventure seeking novice. Process servers work without back-up and other than matters involving domestic violence police cooperation is non-existent.

The catalyst for this article was a particularly brutal murder of a 58 year-old process server in Loveland Colorado. The news gathering and story-telling of the local news media was really deficient on this event. I have provided several articles so my readers can try and understand what happened.

As for the question I asked about process servers being armed I wall say survival dictates that answer. Process servers should always wear seat belt when they drive and carry a reliable gun.