Watch your Back Mr. Obama… 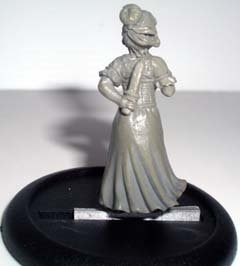 Juan Perón: “Dice are rolling - the knives are out. Would-be presidents are all around, I don't say they mean harm, but they'd each give an arm... to see us six feet underground.” That quote from Andrew Lloyd Webber’s, Evita could be expected today from Party Nominee, Barack Obama to his wife Michelle when talking about their fellow Democrats.

This is the quite before the storm that I expect to erupt during the Democratic National Convention in Denver. The Machiavellian, Second Place Winner did not get a wooden stake driven through her heart and has only suspended her campaign.

Mrs. Clinton has legions of people out digging for her and she has or will get the information to sink Obama’s ship. The former First Lady has used the services of Anthony Pellicano the convicted wire-tapper who kept C-4 explosives and at least one hand grenade in his office safe. Pellicano and Mrs. Clinton share the same philosophy, to find out no matter what it takes. Pellicano may be behind bars but there are plenty others that look just as fashionable in wiretapper's headphones as he ever did.

The Obama’s have a graveyard of skeletons in their closet that are only starting to rattle. Their associations with known criminals, corrupt officials, racists, and terrorists have just begun to gain attention.

The Obama financial portfolio has lots of forensic accountants digging for political gold nuggets that are waiting explode in Denver. I expect that the Democratic ticket will be re-slated with, guess who?
Posted by Paul Huebl Crimefile News at 6/20/2008 02:26:00 PM