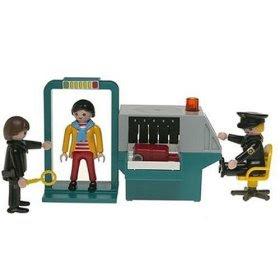 Over the last 30 years thousands of forgetful people have brought firearms inside carryon bags to the checkpoints and have been arrested.

Today despite the fact that there is not a single known case where airport guards stopped a hijacking by uncovering a weapon, there is a zero tolerance policy for anyone with a gun in their bag.

Under American laws there must be actual knowledge and intent to carry or bring the gun on the plane in order to gain a criminal conviction. Forgetfulness is a valid defense in court.

If a gun owner wants to travel with a gun there is a simple procedure that allows for the gun be placed in checked baggage. Gun owners all know they don’t have to sneak their guns on to the planes.

Because prosecutors allow these cases to be litigated, a jury must decide if the defendant truly forgot.

After a court acquittal the defendant is in debt for bail bonds, lawyers and time off from work, to get his or her day in court. In other words, the defendant was innocent but still punished.

Should investigation reveal the gun carrier is a felon or the weapon is stolen that’s a different matter that should be prosecuted. Of course that is rarely the case at our airports.

The TSA guards look for and find the weapons and nobody is ever in danger. These bogus prosecutions must end.
Posted by Paul Huebl Crimefile News at 6/14/2008 07:45:00 PM