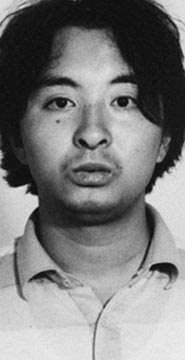 My regular readers know I hate capital punishment for two simple reasons. We make mistakes sometimes convicting the innocent and governments that have the power to kill its own citizens always abuse that power sooner or later.

I’m not fond of murderers and really believe many deserve swift and sure death but I refuse to entrust government to carry out that chore.

Japan is not my idea of a free country. Police regularly inspect people’s homes and businesses without a warrant. Self-defense weapons are banned.

I can’t comment on the quality or fairness of their criminal justice system. Criminal suspects have an automatic stigma that interferes with justice everywhere in the world.

Japan has quietly hanged 13 people in less than a year. Because of various appeals decades go by before the extreme punishment is actually carried out in Japan.

The latest victim of the gallows sounds like a perfect candidate we all would want to see dancing at the end of the rope. Tsutomu Miyazaki, 45 dubbed by the media as the “Cannibal Nerd” was convicted of the kidnapping , molesting, murdering and eating the body parts of little girls between four and seven years-old. They called Miyazaki a serial killer but did not specify how many girls he murdered.

As for the other dozen people hanged in less than a year, I can provide no information on their supposed crimes.

It was not that long ago when Japan was committing war crimes and horrific atrocities against American military prisoners, both men and women. That conduct only ended after we incinerated a significant portion of Japan's population with the Atom Bomb. The Japanese culture seems to have a mean streak.

They also have a self centered streak. The annual "woe is us" remembrance of the atomic bombings fails to move me. I see no such public outcry over the many war crimes the Japanese carried out, and no mention of the fact that they had their own atomic program well under way - fortunately the American (and particularly the Jewish) scientists were far smarter than the Japanese ones and got there first. Nothing the Japanese did or said leads one to believe that they would not have used atomic bombs -- even as revenge from a doomed nation (like the Kamikaze pilots).