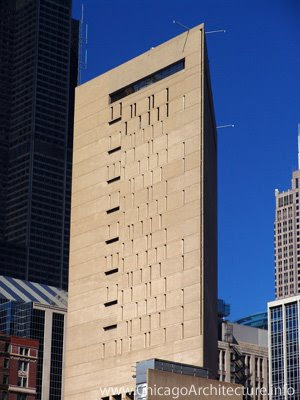 In light of D.C. vs. Heller the renegade mayor has vowed to force officers of the Chicago Police Department to knowingly violate the civil rights of the citizens of Chicago. We know today that the Chicago gun ban is identical to that of the of the District of Columbia which has been invalidated by the nation’s highest court.

Should officers follow their mayor or police superintendant’s unlawful order to violate rights there is a serious question of personal liability of the officers. Remember every officer took an oath to support, defend and protect the U.S. Constitution.

The officers must pose this question to the FOP and at least get a legal opinion from FOP lawyers. The FOP should in turn inform the city that their membership will not take that ride into Civil Rights Hell with any city officials that insist on breaking the law of the land.

This action in and of itself will save Chicago’s taxpayers untold millions of dollars in litigation and lawsuit payout costs. I don’t think there could be criminal charges brought against cops who violate citizen’s civil rights but what guarantees that will never happen? Remember boys and girls in blue that, “I was only following orders” defense did not help the Nazis that were hanged in Nuremberg. It won't work here either.

In the meanwhile look for Alderman Ed Burke to send a king’s ransom to an outside, campaign contribution friendly law firm. They will in turn submit wildly inflated bills that will generate additional tax hikes of a near bankrupt city as they pretend they can win the fight they will lose. It’s business as usual for an incredibly corrupt city.
Posted by Paul Huebl Crimefile News at 6/28/2008 07:37:00 AM

Well Chicago sure seems to have an open checkbook with all the payoff's for all those wronged victims... The list and circumstances of some of the cases shock me.

We have a Mayor that used to be an States Attorney, and a presidential candidate graduate , Columbia U and Harvard. Who used to teach constitutional law at UIC .

They both failed to understand the 2nd amendment until SCOTUS told them it's a personal right. And one still thinks Chicago is a monarchy of it's own and the constitution does not pertain to his citizens.... But lets piss away some more dollars. We can always raise tax's again.

Think about it! If a court trikes down an ordinance or law being enforced, City Hall, ordinarily would yank enforcement of the law. The USSC just reinforced our 2nd ammendmant rights and immediately the city tell us it won't go along with it!!! As a law enforcement official your obligated to follow court orders. Don't enforce laws which the court says are invalid. (Especially the US Supreme Court.) Your personal liability is too great. Work around this problem at great risk to you and your family. Don't let your leftist elitist mayor lead you down the wrong road.

Without the 2nd,all other rights under the constitution mean squat!