An Obama Grant Park Insurrection Could Be Stopped By Plain Water 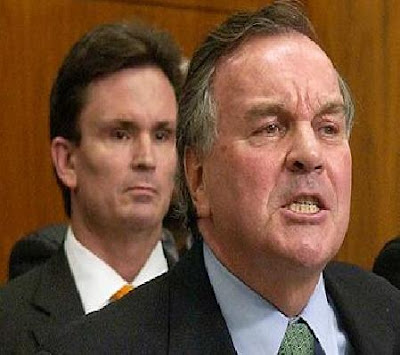 Chicago, IL—Mayor Daley seems proud that as many as one million Barack Obama supporter will invade Chicago’s Loop and Grant Park on Election Day. A total disaster is predictable.

Thankfully, the Windy City has more than one gift from Mother Nature, the biggest is Lake Michigan. November 4th may bring cool or even cold temperatures. The combination of those factors could save the city from a lot of carnage.

The best tool law enforcement and building security people can use to suppress a major insurrection during cool or cold weather is water.

I recall watching a small cool weather, anti-war riot in Frankfurt Germany in 1969. The police utilized a water-cannon on the troublemakers. The somewhat cold weather (around 55 degrees) made water an incredible weapon. I watched as the wet goons were shivering in misery and were immobilized. They had little choice but to go somewhere warm, dry off and get new clothes or perhaps suffer from hyperthermia.

The colder the weather the more effective the water will become.

Firefighters may well prevent a lot of violence and bloodshed. Building owners should have their security people prepare for using this kind of defense from the rooftops and other vantage points.

Using water instead of clubs and guns would bring a lot less criticism and subsequent Civil Rights litigation. Water is a lot cheaper than tear gas.

I know Chicago has no water cannons But they can take steps now to borrow or rent some with Obama’s campaign money.

Fireboats and firefighting helicopters could be used to drench troublemakers with the nearby lake’s precious liquid gold.

Here is a demonstration of a water-cannon. This is not your kid’s Supersoaker!

Novemeber 4,2008 is expected to be the warmest Election Day in 44 years. It is projected to be 44 Degrees and sunny. The perfect mix for a riot.

64 Degrees correction on the 44 degrees

From Second City Cop--
Friday, October 31, 2008
Riot Survival for Dummies
We're going to make this an open post for tips and tricks to survive a celebration event like a Bulls riot or a massive public upheaval event like a Bulls riot. Just in case there might be anything on the horizon coming up next week:
Rule #1 - Never ever leave your partner(s). If you're all going to go home safe, you're all staying together. No heroes.
Rule #1A - Never ever leave the guy with the radio. For Bulls nights, we were running one radio per four cops. If you're lucky enough to have two radios on post, keep one off to conserve battery power and turn it on if the shit gets rolling.
Those are the important rules. Everyone else can chime in by the comment button. Remember, essentials for ten or more hours on post. Things like water, snacks, bullets, gas masks, helmets, batons, are givens. We're going to say 50% or more of this Department hasn't been through a Bulls riot. What little things do people forget? Things like picking up or breaking all glass bottles around your post can deprive miscreants of weapons. Garbage cans can provide handy cover in emergencies. What else?
Labels: info for the police
posted by SCC at 12:05 AM 0 comments
ILEAS Meeting
A "total disaster" according to one source. They could actually smell the fear in the room. Here's the plan though:
Folliard (retired CPD) from Hazel Crest working out of Area 5
Kushner (retired CPD) from Berwyn working out of Area 4
DeLopez (retired CPD) from Winnetka working out of Area 3
Each will have a mobile force, each will be assigned a liaison due to incompatibility issues with radios.

And speaking of radios, the entire CPD inventory of ILEAS radios? Under 100 total radios, all in a storage closet, all with no one trained to operate them. And even if they managed to get a group of people trained up and deployed, no one has any idea where the battery chargers are for these radios and the batteries (multiple years old with no replacement or maintenance) aren't compatible with the CPD 6-hour-specials we all walk around with now.
Where does it all end?
Labels: department issues
posted by SCC at 12:04 AM 0 comments

Looks like our Firemen are going to be forced to enter a gun fight with a water pistol! No thanks.