Another bedtime Story With A Happy Ending! 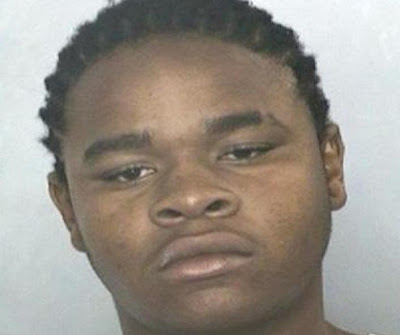 Plantation, Fl -- A customer who happened to be a retired United States Marine with a valid concealed weapons permit, John Lovell, 71 put a sudden end to a stick-up of a Subway sandwich shop.

Police said two men entered the Subway at 1949 Pine Island Road shortly after 11 p.m. Wednesday with guns demanding money from the clerk behind the counter. When they tried to force Lovell into the bathroom, he pulled out a gun and shot both men.

Donicio Arrindell, 22 was shot in the head. Arrindell died a short time later at a local hospital. The second suspect Fredrick Gadson, 21, was shot in the chest and was captured by police hiding in nearby bushes.

Gadson's grandparents bitterly complained to local news reporters that Lovell was wrong for taking the law into his own hands and shooting these boys.

Lovell saved his own life and probably that of the Subway employee. Crimefile salutes Lovell and offers him a very a loud, SEMPER FI!

Yes Paul, one for our side! I love it!!! The Old Copper

I love it. Makes you proud to be an American. Let the criminals be scared and the old soldiers be proud.

Since when is it wrong to defend oneself? I love when people use phrases like "He took the law into his own hands" or "in cold blood" when they have absoluely no idea what those phrases mean. The law is there for all of us to use to protect ourselves from rabid preditors like these young thugs.