My Fight With Judge B. Michael Dann In Maricopa County Arizona. 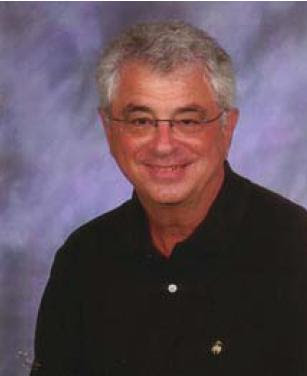 Judge Dann is a classy and distinguished fellow who brought several innovations to the court that were copied in other jurisdictions throughout the country. My opinion is that Judge Dann was one of those judicial activists who felt we have a “Living Constitution” that could be simply changed by the courts to be what he believed were the needs of the community.

As Presiding Judge, Dann regulated process servers and continued enforcement of a “guideline” that prohibited process servers from carrying firearms in that gun friendly state. It was a guideline rather than law because the Arizona Legislature refused to sanction the rights violation. It was not a court rule since even court rules were and are subject to public debate and Arizona Supreme Court approval.

The guideline seemed somewhat enforceable since process servers were licensed at the sole desertion of the Presiding Judge. Of Course no judge is permitted to violate anyone’s Constitutional rights including the right to keep and bear arms. Arizona's own Constitution has a very strong gun rights provision.

Dann made it clear to me that he’s yank my license if I dared carry a gun for self-protection. Dann hated guns and felt nobody especially process servers should be allowed to carry them. Yes, Judge Dann was a flaming Liberal and subscribed to the party line. It wasn’t that Judge Dann was evil, but rather had an agenda he believed was for public welfare and safety.

I purposely violated the guideline because I felt it was unlawful, and placed me in danger since the people I served court orders and summons were too often angry and could carry all the deadly weapons they wanted.

I filed a lawsuit seeking to have the process server gun guideline nullified. Less than a month later while engaged in the service of an eviction notice a drunken man with a .45 1911 pistol used it to club me over the head and then tried to shoot me. In the gravest extreme I drew and fired my S&W .38 snub-nosed revolver in the darkness critically wounding my attacker. I’m probably alive today because of my insubordination.

The process server gun guideline was rather quickly retired by the Arizona Supreme Court after I was cleared of any wrongdoing in connection with that shooting.

As for Judge Dann I could sense another very real reason for his hatred of firearms. Unfortunately the judge had a very troubled son, Brian Dann who burglarized people to support his drug habit. I believed that this father felt that a gun, any gun could possibly end his son’s risky life with Arizona's pro-gun culture.

In my mind I assigned blame for Dann’s son because of his father’s Liberal ways. In hindsight it was way too simplistic. Now I know that the Drug War was so counter -productive that Brian Dann was in effect set up for a miserable life. Judge Dann has been going through a massive heartbreak for decades. 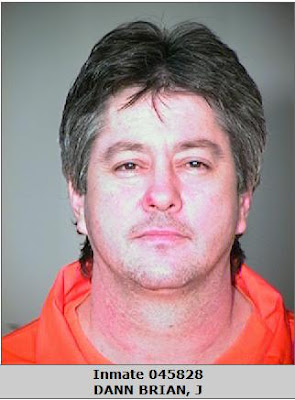 Shortly after Judge Dann retired and moved on to a Washington D.C legal think tank, Brian Dann found himself charged with triple murder in what was described as a drug deal gone wrong in Central Phoenix. Perhaps Judge Dann had a premonition that a gun would bring a tragedy to his life. Despie my dispute with Judge Dann, I have always had respect for him and do to this day.

I’m not sure just what the evidence was in that case. I do know that the man who prosecuted the case was an an incredibly evil man. Prosecutor, Kenneth Jack Peasley from Tucson loved to brag that he put more people on Arizona’s Death Row than any other prosecutor in the entire state. Just like clockwork, Peasley put Brian Dann there too. After Dann received his death sentence they finally caught up with Peasley and disbarred the bastard. Peasley was caught in the act of deliberately putting a witness he knew was committing perjury before a jury on yet another death penalty case.

Because of Peasley’s long history of prosecutorial misconduct, I’d like to see Brian Dann win a new trial since I more than suspect prosecution chicanery at the first trial. I don’t have a clue if he is innocent of the carnage that happened in that apartment but perhaps a fresh look at the evidence is in order. Afterwards, I say let the chips fall where they may.

Kenneth Jack Peasley died on September 7, 2011 of cancer. After disbarment he worked as a paralegal for defense lawyers. He is receiving his punishment where he belongs, in Hell right now!

Paul I'm glad you finally made your shooting experience. public.

Obama wants citizens prosecuted if they use their own gun in their own home to defend their own life.

Evil is an understatement concerning the wrongdoings of a one Kenneth J. Peasley! he maliciously, and wrongfully, proscecuted case CR-0002883(St.v.Alan Lee GLUTH&Gregory A. BOTTONI)PEASLEY allowed the "shooter" to walk free on March 10th, 1980, under S.S. 13- 303% 13-304! Bunting refused a Paraphigm test on both myself, and Gluth, that would have showed neither one of the defendant's fired a gun the night of March 03, 1980, @ 719 S. 4th Ave. #4! UNCONDITIONAL EXONERATION for Gregory A BOTTONI! NOW! Defendant stands by his testimony to the juries(1980-retrial-1981)and stands by that testimony today!

paul yes michael dann seemed to be a good man but his son had big problems. Since I am the mother of 2 of the victims that Brian D as ann murdered and left an 11 year old without a mother I feel he got what he deserved he was an abuser and a drug user the crime scene was not a drug deal gone bad, this I know for a fact, if u have anymore questions just contact me, I would be glad to answer or just read the court documents.

Because Kenneth Peasely was involved in this prosecution I can only assume any fairness of the trial was hijacked.

Killing Brian Dann decades late will not resurrect anyone. The so-called victims here were engaged in a risky lifestyle that became fatal.

Brian Dann was a mess before the killings and releasing him before he's too old to re-offend mary be a mistake. Killing him serves no purpose.