Mr. Blond In A Mental Facility 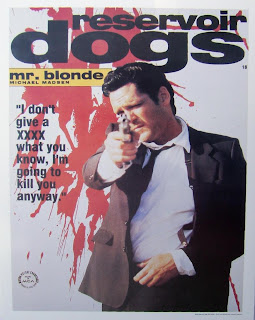 Los Angeles, CA—TMZ is reporting that actor Michael Madsen was removed from his home by Sheriff’s officers for signs of mental instability. He was placed into treatment on what California designates as a “5150 hold” that requires reasonable belief that Madsen is a danger to himself or others.

Madsen, a Chicago boy, may be best remembered for his frightening portrayal of Mr. Blond aka Vic Vega in Quentin Tarantino's Reservoir Dogs. Madsen also played an all American dad in, Free Willy. Madsen has been very busy appearing in many films many of which are currently in production. The Internet Movie Database lists Madsen's participation in a whopping 167 films. I don’t have details but wish Madsen a quick rest and success with any health issues.

He also played a complete wackjob in "kill bill". Maybe he wasn't acting?