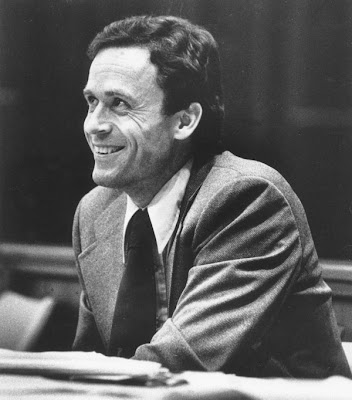 Would you hire this well educated, good looking young man with that infectious smile? If you thought he looked “safe” you’re dead wrong. That’s the convicted and executed serial killer Ted Bundy.

Since the creation of data warehouses and companies collecting and selling criminal record data there has been an explosion of shoddy background investigations.

Our government under federal law closes the most accurate source of criminal records, the National Crime Information Center (NCIC) administered by our FBI to all but government agencies. Many politicians want to protect ex-convicts and sex offenders from exposure of any kind. Real criminals never confess their crimes on employment applications. Of course that allows thieves to be placed into positions of trust by unknowing employers.

Private employers have to resort to private sources in their attempts to avoid hiring criminals. The lowest bidder always gets the job. Unfortunately employers are getting what they pay for and lots of opportunities to be named in expensive lawsuits.

On the other hand no matter what name someone uses they are given FBI numbers and numbers by the state police agencies based on their fingerprint classifications. Simply put the government can figure out just who is who among criminals.

In the civilian world we have private investigators that know how to use data and the actual court records to avoid making costly and regrettable mistakes. These mistakes land employers in courts every day.

The biggest problems come from the proliferation of unqualified and unregulated background investigators selling court data over the Internet. These Internet organizations are ignorant of the tools used by professional private detectives use to avoid mistakes that destroy reputations and careers. When the Internet outfits aren’t destroying careers they clear some of the worst criminals for dangerously sensitive positions.

Identity theft will get someone more than use of the victim's credit, it will get them a high paying job they are unqualified to hold. The Internet data resellers cannot stop that kind of activity where a licensed private detective can.

An interesting issue with the raw data obtained from courts is that it is a snapshot frozen in time. In many states the laws forgive convicted offenders and seal or expunge their convictions. Since the data snapshot does not change the convictions are still discoverable. A forgiven conviction is not a valid predictor of the offender’s future conduct.

Congress passed the Fair Credit Reporting Act that is supposed to regulate employer background investigations. The FCRA is just another government disaster.

If you want to find out about that person you want to hire, marry or trust with your assets, only hire a qualified licensed private detective to conduct that important background investigation.
Posted by Paul Huebl Crimefile News at 10/13/2008 11:09:00 AM

What do you think about the background investigation required for a concealed carry firearm license ?

Is the possession of such a license by a prospective employee a good sign for an employer ?

Bear in mind that a private investigator conducting background investigations for employment purposes is operating as a CRA and as such is bound by all rules and regulations set forth in the FCRA (so called disaster). Failure to comply with these rules and regulations will also land the employer in court. Many PI's are not familiar with the rules set forth in this document and most reputable Background Investigation companies are. Backgrounds are a specialty. Find someone who specializes.