Race Riots Expected if Obama Does Not Win! 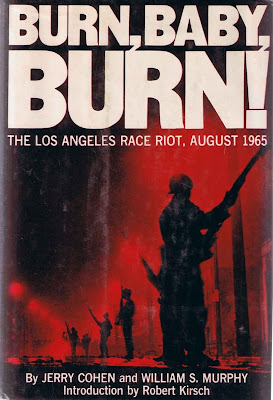 I don’t like the message that’s being spread around right now. At least one African-American columnist from the Baltimore Sun has tried to spread fear and racial divide. What I see is a lame attempt at extortionate intimidation to assure Barack Obama gets installed into the Whitehouse.

African-Americans can’t have that short a memory. When that happens in our country the death and destruction always becomes localized in the ghettos. The impact, damage and suffering is always heaviest on the African-Americans themselves.

A far better idea is move forward encouraging businesses and investors to create jobs. Too many people forget that no government can force anyone to create job opportunities. That only happens when people unite with purpose and energy giving confidence to the business community. That will never happen under Obama’s anti-business Socialist ways.

I have no problem with an African-American President. I have a huge problem with a Socialist President of any race. Barrack Obama is a socialist, who has tightly aligned himself with fellow Communists and Socialists. Obama has a terrible agenda for America that will cost millions their jobs.