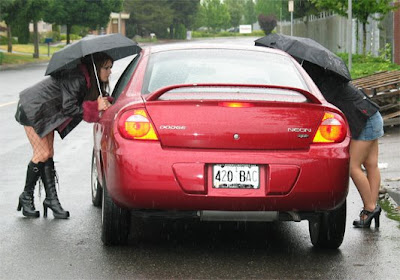 San Francisco, CA—If some get their way in the City by the Bay, local taxpayers stand to save $11 million dollars a year not including courts and jail costs.

It’s on the ballot and It’s called Proposition K and it forbids the local authorities arresting, investigating or prosecuting anyone for sexual commerce between consenting adults.

I thought the Indian reservations were going to break ground with this idea like they did with gambling. It just has not happened, yet.

I know that prostitution enforcement and the defense lawyers generate as much commerce as the prostitution itself. But this may be a way for cash strapped local governments to save some real money.

Police could and should still enforce public indecency laws and preclude child prostitution and child exploitation. I don’t see any real benefit to trying to outlaw the world’s oldest profession.

I suspect that decriminalization would mean the hookers would rely less on pimps and panderers and be able to keep more of their earnings. This also may reduce other crimes associated with prostitution because they would interfere with a legal business.
Posted by Paul Huebl Crimefile News at 10/21/2008 03:54:00 PM

That picture needs a caption. How about 'we caught up with Governor Blagojevich as he toured the district recently and asked him about his proposals for speed camera enforcement'

San Francisco, the armpit of America, may start a sex-workers union. An industry, after all, must be regulated.

Sorry as a Christian I'm opposed to prostiution and any form of adultry or fornication. Thats not my opinion, thats His Word.