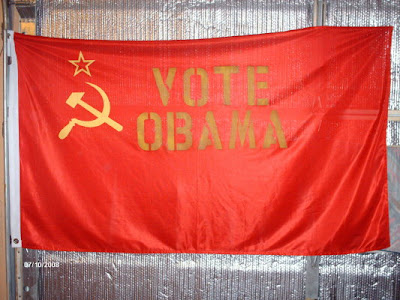 Chicago, IL-- A 2001 Chicago Public Radio audiotape of Barack Obama surfaced and in it thie Presidential candidate laments that the Supreme Court under former Chief Justice Earl Warren did not go far enough to help African-Americans.

Obama said that the Supreme Court should have decided that government should have redistributed the wealth to African-Americans. This removes any and all doubt about Obama’s Pure Marxist agenda. Barack Obama is a dangerous subersive who must be stopped!

Hear this solid Marxist express how he really feels!

Thanks for that video. I will add it to my blog that has lots of Obama links ect.