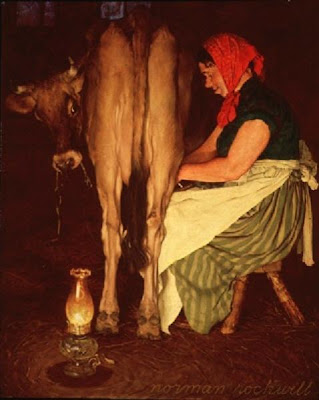 Chicago, IL—It was 137 years ago this month inside a DeKoven Street barn that Mrs. O’Leary’s cow kicked over the lantern that began the Chicago Fire. Before it was over there were more than 300 dead and most of the city was destroyed. It was a terrible accident.

Now Chicago is planning the riskiest event ever in its history. An election night Barack Obama Rally is planned for Grant Park located adjacent to Chicago’s downtown. Today, Mayor Richard M. Daley happily announced that he’s expecting as much as a million people to attend. The attendees will be Barack Obama’s supporters, young angry Blacks looking for “change’.

The city has asked for as much as two million dollars from the Obama campaign for handling and clean up required for this unprecedented event. That meager sum won’t begin to cover the easily predictable explosive inferno that group would cause. The cleanup will take years, not days.

The sad truth is that the officials know what’s in store for this city and are proceeding anyway. God help the cops that are dumb enough to report to work that day.
Posted by Paul Huebl Crimefile News at 10/28/2008 02:12:00 PM

YOU KNOW WHAT THEY SAY PAUL, BURN BABY BURN.

I was there is 68 too - hippies ON SMOKE are no match for excited black dudes ON CRACK. This is a bomb looking to explode - most anything can set it off. A cop and a traffic violator, OR a nasty drunk and cop arrest - OR just excited blacks reolizing for the first time AFTER Oboma's election that they are just as BROKE as before (*if not more so when he raises taxes) AND they have been had AGAIN BY THE DEMOCRATIC PARTY! Oboma can't do a thing more for blacks (in fact, the white pol's did more for them). EITHER WAY, THE BLACKS WILL HAVE VOTED DEMOCRATIC LIKE GOOD SUCKERS AND THE DEMOCRATIC PARTY KEEPS THEM POOR election after election - AS THEY HAVE FOR YEARS. YOU WOULD THINK THAT THE BLACKS WOULD VOTE REPUBLICAN SINCE IT WAS ABE LINCOLN, A REPUBLICAN President WHO SET THE BLACK RACE FREE.. BUT LIKE THE GREAT BASKETBALL PLAYER CHARLES BARKLEY STATED; BLACKS ARE POOR AND THEY KEEP VOTING DEMOCRATIC AND THEY ARE STILL POOR AFCTER ALL THESE elections.. WISE UP BLACK PEOPLE, VOTE REPUBLICAN AND SEE IF YOU GET RICHER. OR "MO FREE STUFF" AS THEY SAY IN THE GHETTO.

God Help Us All! I am dreading the coming firestorm in Chicago.

Order just out RDO cancelled 4-nov-08 2nd and 3rd watch 1st watch 05-nov-08.
SPECULATION AND SUGGESTIONS FOR THE DOLTS DOWNTOWN TO WORK THIS FARCE W/O SERIOUS DAMAGE TO CITY, PEOPLE AND POLICE?

Revert to BULLS schedule. 2nd and 1st watch work 12 hr days. All of 3rd watch with supervisors and a Lt. get deployed via CTA bus.
2500 Police to be deployed

Tact Lt, along w/tac sgts and all their people to be deployed as a group by district. 25 groups of approx 50 gang/tak people to secure major infrastructure in downtown.
1250 Police to be deployed.

As soon as the polls close here in Chicago raise all the bridges in downtown chicago to contain the crowd away from our Magnificent Mile. roosevelt rd and harrison only way in and out of the loop w/bound.

Use the United center as a staging area for police. secured parking, washroom facilities. Close to OEMC

We will still be outnumbered heavily in downtown chicago
5000 cops vs 1,000,000+ Celebrants

Rebuilding Chicago will be the only way these slugs will be able to generate employment. They want this holocaust.