This Is Why I Hate The Death Penalty. 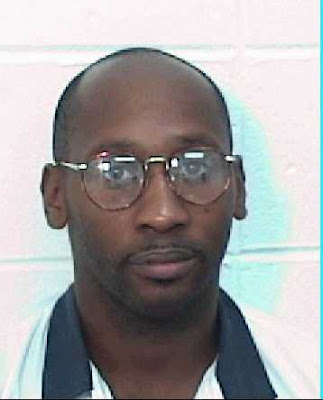 Washington, D.C.—Despite the fact that seven witness recanted their trial testimony the United States Supreme Court refused to halt a the execution of a convicted Georgia cop killer. Adding to the developments in this case new witnesses have since come forward implicating another man for the crime. The validity of the original jury verdict is under a very dark cloud.

Troy Davis, 39 was convicted of killing a Savannah policeman, Mark MacPhail back in 1989 when he was 18 years-old. Officer MacPhail was dispatched to a fight outside a Burger King drive-in when he was murdered while trying to keep the peace. The condemned man Davis was nearby but has steadfastly maintained he was not involved with the fight or murder.

I know I part company with most of my peers in the law enforcement community over my death penalty views. The real truth is if government is allowed to kill anyone than government can kill you or members of your family. We’ve seen that in the extreme repeated throughout the history of civilization. Nations become killing fields far too often.

Imagine that the politician you dislike the most becomes President and wants to punish those like you who did not support him. Killing its own citizens is a power no government can be trusted not to abuse.

Life is too sacred for us to kill anyone where there is doubt of guilt. So many people parrot that prosecutor’s word, closure as if killing who the victim's family chose to believe is a killer will somehow feel relieved once an execution is carried out. That’s never the case, instead the families of the murdered are left with memories of the anguish displayed many a condemned man’s innocent family members for the rest of their lives. There is no such thing as closure for the loved ones of a murder victim.

Killing Troy Davis under the present conditions with new facts would make this country look weak and brutal. America would be a horrible example to countries we have condemned like China, North Korea, Cuba that continue to slaughter their own citizens at an alarming rate.
Posted by Paul Huebl Crimefile News at 10/14/2008 10:06:00 AM

Paul to date there's only one man that was executed. That was innocent. That was Jesus Christ, my LORD

I have to agree with you, as well as disagree. I'm a believer in capitol punishment. But I also believe that if there is any doubt whatsoever, then the max penalty should be life in prison. The death penalty should only be carried out if there is irrefutable evidence that the defendant committed the crime, such as being caught on video committing the crime, or DNA evidence linking him to the crime scene, or a confession containing facts that only the killer could possibly know, etc. It is not unusual for witnesses to recant their testimony, and this recently happened in Chicago a month or two ago when a cop killer was released by the Cook County ASA because all of the "witnesses" apparently changed their stories, or more likely were threatened by gang members.

It's surprising to hear that point of view from you such, a die hard republican.

I am in agreement with the second poster above.

Paul , Your DEAD wrong on this one. This guy should have been executed 15 years ago . Yet the people of Georgia have had to feed clothe and give him MEDICAL & dental . Screw him , He should be buried in a Tub of shit .