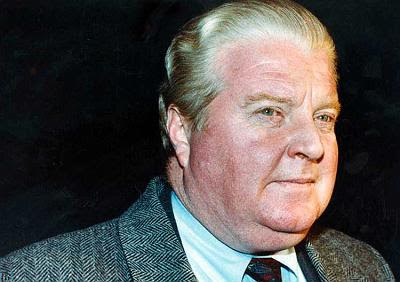 Tampa, FLTampa, FL—14 years after Area 2 Detective’s Commander, Jon Burge was fired by the police board and today he was taken into custody by FBI agents.

The United States attorney for the Northern District of Illinois announced that “Burge was charged with two counts of obstruction of justice and one count of perjury in a three-count indictment that was returned under seal by a federal grand jury last Thursday and unsealed today following his arrest by FBI agents from Chicago and Tampa."

Over several decades Burge was accused of departmental violations and the City of Chicago paid millions in civil damages to various suspects after they claimed officers under Burge’s command tortured them into confessing crimes.

The people Burge’s detectives were accused of torturing were among the most notorious cop killers and street gang members in Chicago. Some of the convicted suspects were pardoned by former Governor George Ryan who is currently serving a federal prison term for official corruption.

Burge and his officers were the target of African-American community group’s wrath for decades.

If convicted, Burge faces a maximum penalty of 20 years in prison on each count of obstruction of justice and 5 years in prison for perjury, and a $250,000 fine on each count. The Court, however, would determine the appropriate sentence to be imposed under the advisory United States Sentencing Guidelines.

Update: Jon Burge is scheduled to appear at 2 p.m. (Tampa time) before U.S. Magistrate Judge Thomas B. McCoun III in Courtroom 12B of the U.S. District Court in Tampa (Middle District of Florida), which is located at 801 North Florida, in Tampa (Sam Gibbons Federal Courthouse.)

Court update: We have received the following information about Burge’s court appearance this afternoon before U.S. Magistrate Judge Thomas B. McCoun III in Federal Court in Tampa:

Burge was represented by a federal court-appointed attorney for today’s hearing. (I don’t have his/her name.) He is being released this afternoon on a $250,000 secured bond, meaning he will be posting his residence as security. He must surrender his passport. He must report to pre-trial services in the Middle District of Florida twice a week. He must surrender his firearms to a friend for safe-keeping.

Burge's travel is restricted to the Middle District of Florida and the Northern District of Illinois. He must give pre-trial services in Tampa his travel plans when he comes to Chicago. He is currently scheduled to be arraigned at 9 a.m. on Monday October 27 before U.S. District Judge Joan H. Lefkow in U.S. District Court in Chicago.

Watch a 30 minute press conference with the US Attorney here.

Watch Mayor Daley answer questions about his role during the time he was the Cook County State's Attorney.

The Indictment is here:

When I lived in FL, Burge didn't live that far from me: Apollo Beach. Why is he being arrested after all this time?

Geez , Couldn't they find a better judge to fit their needs . Lefkow is the worst judge possible for Jon to have on his case. He will more likely be found guilty and sentenced to the max . Lose his home and pension. If De-Policeing is what Shitcago wants , I'm sure that after this NO copper will do anything more then he has to. Screw the Feds , Daley , J-Fed and anyone else you can think of.
God Bless Jon Burge .