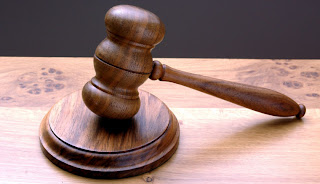 Clark County, WI—Last June, Joshua D. Schultz, of Sauk City was arrested for carrying a concealed weapon. Since this state had no provision for permits exactly like Illinois this absolute ban violates the right to keep and bear arms.

The defense made a simple Motion to Dismiss and Judge Jon M. Counsell ruled the law violated the Constitution. Schultz was freed. Now Schultz can go to the U.S. District Court and sue police for the violation of his Civil Rights under USC 1983.

Like it or not Heller and McDonald is the law of the land. State and local governments may be able to require permits if they are freely issued to law-abiding citizens. The existing blanket prohibitions against concealed weapons cannot stand.

Here is the ruling:

People are going to have to get used to the fact that owning and carrying firearms or other weapons is a fundemental right,not a privelage like driving.

It will be interesting to see how this plays in Illinois.Eeventually a law abiding foid holder will get "caught" with a concealed gun. Will it be dismissed or will a conviction have to be appealed up the chain.

It is about time! I hope IL is next.

Eventually things like CCW permits and HR 218 will have to go by the wayside.

Its a fundemental right,end of story.One group does not enjoy "extra" rights than another.

If I go to pick up my child at school and I cant have a weapon,how can I stop the douche armed with the AK.The police cannot be everywhere and unfortunately arrive after the fact.

I cant go to the Post Office to collect mail or mail a package while armed??Its not like Post Offices havent been the scene of some of the worst mass shootings in history.

Its a fundemental right,like religion and free speech.