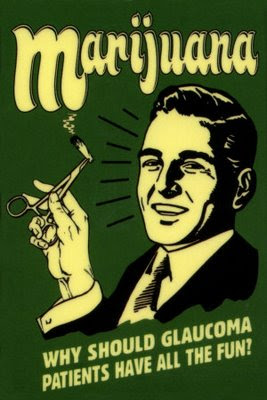 I think Obama’s Attorney General is delusional since their DEA agents are already overloaded and chasing California pot smokers would simply crash the entire system. Who is going to build all the new federal courthouses and jails to handle the enforcement? They would have to triple the number of federal judges in California.

I’m no fan of non-medical drug use but recognize the Drug War as an utter failure. Enforcement has become much more dangerous and detrimental to our freedom and quality of life than the drug abuse.

A number of states have rejected federal firearms enforcement and others are resisting Obamacare.

Congress has stuck their nose into every aspect of our lives to the peril of freedom. We must begin reversing this trend. States need to begin expelling the federal government’s shadow from everyday life.

The federal government’s role should be only to protect and defend the Civil Rights of Americans from state and local government abuse. States do not need federal police other than for the protection of our borders from trespassers.

Americans don’t need federal police enforcing shadow federal laws in addition the laws of the states. There are those troubling cases of double jeopardy that have no place in the concept of the American experiment.

It’s time to stand up to the kingdom builders in Congress. They’ve been inventing new bureaucracies at every opportunity to regulate freedom and liberty away. That’s a proven way to extort illicit campaign funds from more federal employees and government contractors.

So when a state decides it's not going to enforce a law, the federal government steps in to override it.

Unlike alcohol, the only reason to smoke pot is to get stoned. You can drink moderately and not get high. So a comparison of the two is weak.

However, I totally agree with you about the war on drugs. We lost before it started. Legalize marijuana, tax it, control it's distribution and absolutely hammer anyone who drives a motor vehicle while stoned and keep it away from children.

I believe legal marijuana would knock out massive misuse of other illegal substances, direct police resources to more serious offenses and fill the tax coffers with much needed cash.

My only question: If it is legal, can I as a cop smoke weed when I'm off duty?

Taxing drugs is opening the door to regulation and corruption. Furnishing drugs to minors should be a crime and nothing else.