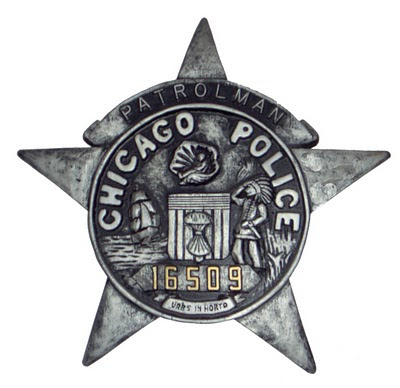 Chicago, IL—Chicago politician's demands for their favorite enforcement leads to impropriety. An example is arresting people that dare place their own safety above unconstitutional gun prohibitions.

Police can’t and don’t run around randomly searching people looking for guns. Law-abiding citizens can carry guns for decades without detection or arrest simply because they never give police probable cause to stop and search them.

The Chicago Police Department’s commanders must show numbers to these politicians so they give the cops awards and perks for hauling in the guns. In my day the tactical teams of plain clothed officers assigned to districts would win eight hours compensatory time-due for every gun arrest along with a big pat on the back.

What happens in the Circuit Court of Cook County was a game of sorts. Prosecutors always have an attractive plea deal that allow for the gun to be confiscated and destroyed with the defendant getting a slap on the wrist at best. That is unless of course he was already a convicted felon, then the stakes are only a little higher.

Felons with guns never get the ten-years in prison they could get under federal law. They’d nearly always get much softer sentences rarely exceeding a year behind bars provided they plead guilty.

The reality is that actual trials on gun possession charges are incredibly rare. The need for an officer making the arrest to actually testify under oath is nearly non-existent.

Like nearly all cops I had a part-time job to bring in more money. I handled security for the old and now gone Continental Trailways Bus Company in Chicago’s Loop. Bus and train stations attract all manner of creeps and thugs. Many of them are armed and I would arrest one or two of these misfits per week that were carrying guns. If I signed the complaints I’d get no personal benefit whatsoever. I never had to sign a single complaint.

The 001 District tactical team, needed gun arrests to satisfy that old dinosaur commander, Paul V. McLaughlin. McLaughlin showered his boys with lots of praise and perks for bragging rights to lots of gun arrests in his district.

I’d make the stop and seizure and put a call into the communication center zone asking for a 001 tactical team to meet me at the baggage department. Next the district teams would race each other “code one” to Trailways knowing whoever got their first would win the prize.

The prisoner and the evidence were always taken off my hands with a big smile. I did not have to write a report, sign a complaint,inventory or impound the evidence.

I never wrote or even read the reports made by the tactical teams, attended court trials or hearings. The reports I correctly assumed told a tale of an some kind of on view arrest by a team member rather than me. The hapless defendant did not have a clue what was going on as his lawyer worked out an attractive plea deal with prosecutors. Those gun cases would always have a seemingly satisfactory conclusion.

Unfortunately the same zealousness for gun arrests has snared many good men and women simply trying to protect themselves and family members from urban violence. It happens at a traffic stop where the cop will simply ask, “Do you have any weapons on your person or in this car?” An honest answer here leads to an arrest and a criminal conviction stain that will affect jobs, professional licenses and reputations for life.

Apparently now a certain Chicago police district tactical team is facing disgrace, firing and criminal prosecution for the same type of program. A program designed to satisfy politicians that encourage and enable gun arrests at all cost.

Offering any kind of extra incentive to encourage the arrest of anyone is wrong and invites abuse.

As for possible crimes cops could be charged with include, Perjury in connection with the complaint signed under oath and Official Misconduct. There are numerous transgression of department general orders that include false reporting.

Perhaps it’s time for the courts, police, prosecutors and politicians to re-think their entire gun law and enforcement policy. For too long they have focused on the guns rather than the criminals. Violent criminals using guns in crimes in Chicago have been allowed to roam the streets despite numerous arrests and convictions. Simply grabbing guns is never a preferable solution to locking predatory criminals away from society.
Posted by Paul Huebl Crimefile News at 10/30/2010 09:17:00 AM

"Do you have any weapons on your person or in this car?"

What would your response be Paul if you were carrying in Illinois and were asked this?

As a civilian anywhere they enforce gun prohibitions this is the only answer:

Officer as a loyal American I jealously protect my privacy and will never waive any rights I have by answering a question like that. I hope you can appreciate and respect my position.

Without a prohibition I'd say officer I have a pistol that's loaded and holstered, what's you pleasure?

If he wants to remove it for his safety and comfort he is entitled to do so under most circumstances.

Paul, I've been on the job for over thirty years, made many uuw pinches, but I never once received anything extra or any kind of reward for a gun pinch. I never heard of such a thing and I've worked all over the city.

The gun arrest incentive of eight hours of time-due was real in the 1970s. I can’t speak for a city-wide policy or how things were handled in 001 post-McLaughlin. Somehow I don’t believe this was an isolated policy within a single district.

With the current emerging scandal that involves the similar gun arrest hand-off the presumption is there that the practice survived even McLaughlin.

Anonymous said...
"Do you have any weapons on your person or in this car?"

What would your response be Paul if you were carrying in Illinois and were asked this?

The answer will always be NO!!

Anonymous said...
Paul, I've been on the job for over thirty years, made many uuw pinches, but I never once received anything extra or any kind of reward for a gun pinch. I never heard of such a thing and I've worked all over the city.

What rank are you,dist,and what specialty positions are/where you in??